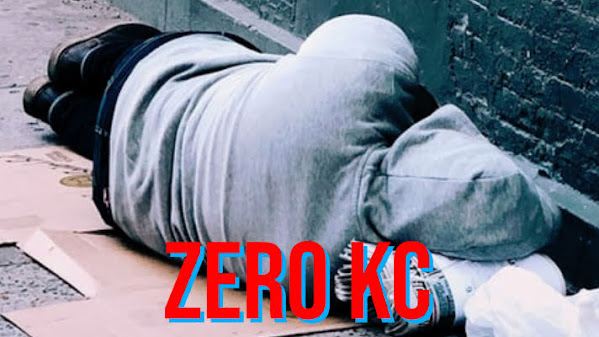 The last time city hall hoped to fight homelessness . . . Free motel rooms and a Bartle Hall takeover were the only solution offered.

They call the plan “Zero KC - A Plan For Ending Homelessness in Kansas City”.

The program, called Zero KC: A Plan for Ending Homelessness in Kansas City, was developed by the city’s Houseless Task Force and the Housing and Community Development Department.

The plan was unveiled Thursday morning during a press conference outside City Hall in downtown Kansas City.

The plan is based on five pillars:

- Living outside is dangerous.
- Kansas City needs more housing.
- Wrap-around services are critical.
- One size does not fit all.
- Solving homelessness requires investment.

KANSAS CITY, Mo. (KCTV) - Kansas City leaders have released a 92-page plan to address homelessness in Kansas City, as the problem has become rampant in recent years. The number of people living unsheltered in Jackson County has increased 193 percent in the last three years.

Kansas City leaders unveiled a new plan to end homelessness in the city. The wide-ranging Zero KC initiative is a comprehensive plan to address the barriers facing the homeless community and provide affordable housing. KMBC 9 found out what the plan includes and the next steps to put it into action.