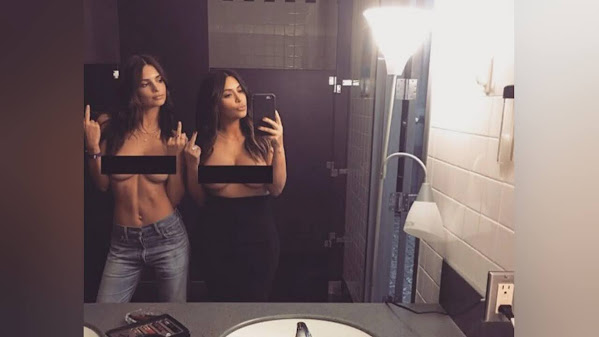 For late night & early morning denizens we share just a quick peek at pop culture, community news and top headlines as seen from this cowtown.

KC Current 'Membership Deposits' the next step in building the brand

KANSAS CITY, Mo. - Soccer fans in the Kansas City area can take the first step Tuesday towards getting tickets in the new stadium for the KC Current once it opens in 2024. The team is taking what it calls " Membership Deposits " this week to reserve a spot in line to buy season tickets once they become available.

KC Pet Project out of space, more than 250 dogs up for adoption

KANSAS CITY, Mo. (KCTV) - KC Pet Project says they've taken in 270 dogs since the beginning of September and that they have more dogs than they have room for. "We cannot control the volume of animals coming in every day," said Tori Fugate, the chief communications officer at KC Pet Project.

Planners gave the green light for Kansas City to abandon an alley right-of-way that runs through a block that philanthropist Shirley Helzberg is eyeing for redevelopment, with historic preservation and new-build components. The Kansas City Plan Commission last Tuesday recommended that the city give up the 167-foot-long asphalt alleyway between 17th and 18th streets, in the block bounded west to east by Central and Wyandotte streets.

Next Woman Up: Tiffany Morton, Assistant Athletic Trainer for the Kansas City Chiefs

Women are rising up the ranks throughout professional football, earning positions of power in a space that for too long was ruled almost exclusively by men. We're seeing more and more women breaking barriers in the sport, but what are the stories beyond the headlines? Who are the women shaping and influencing the NFL today?

The Kansas City Chiefs are celebrating 50 years of Arrowhead stadium during the 2022 season. On Tuesday, the team revealed one of the ways it plans to celebrate the iconic NFL location. For Thursday's matchup against the Los Angeles Chargers, the Chiefs have painted the original Arrowhead Stadium logo at the 50 yard-line.

After the success of his 10 metre Kardashian mural last month, Australian artist Lushsux has recreated another picture from the reality star's Instagram. The huge mural, which is now a permanent fixture in Melbourne's Snider Lane, has been created in order to let members of the public 'liberate' themselves.


Push Back Amid Rising Prices

In December 2020, Donald Trump told friends he was afraid Iran would try to assassinate him in revenge for the death of Qassem Suleimani, an Iranian general killed in a US drone strike nearly a year before.


Fear Of Vlad Dropping Big One

Western officials and experts have warned that Putin could use nukes in Ukraine if he gets desperate enough. Ukraine is in the midst of a blistering counteroffensive - rapidly recapturing territory. Retired Brig. Gen. Kevin Ryan told Insider he's now "even more concerned about the possibility of nuclear weapons being used."

NEW YORK (AP) - The Emmy Awards hit a new low in viewership on Sunday night, with its estimated audience of 5.9 million people even smaller than the COVID-19-disrupted ceremony two years ago. The Nielsen company said the ceremony honoring television's best work, where "Ted Lasso" was named best comedy and "Succession" best drama, was down from the 7.4 million people who watched in 2021.


Lady Levels Up For Her Career

A plastic surgery fan showed off her jaw-dropping transformation online. Jazymne Day posed in plunging swimwear in pictures taken before and after she had extreme breast augmentation surgery. And the 28-year-old, from Gwent in South Wales, joked she's "upgraded" to huge 32L knockers.

With their season slipping away, the Minnesota Twins definitively trounced the Kansas City Royals in a 6-3 victory at Target Field. The Royals' only achievement was in ruining a no-hitter and a shutout in the ninth inning after it no longer mattered. Though the score looked relatively close, it was anything but.

Illustration by Enrique Welcome to The Pitch's Infinite Playlist, a forever-growing playlist of songs picked by people in KC. View/follow the full playlist on Spotify and you can always go back and check out the full run of articles. Throw the playlist on shuffle and enjoy away!

THIS IS FIRST ALERT WEATHER. SUMMER IS NOT GOING AWAY JUST YET. NOT YET. HAS NOT GOTTEN THE HINT. I'VE SENT EMAILS. I'VE TEXT YOU RIGHT TO CALL. THEY NEVER. YEAH, EXACTLY. AND IT'S GOING ON AND UNFORTUNATELY. BUT THEN AGAIN, THERE ARE PEOPLE WHO LIKE SUMMER.