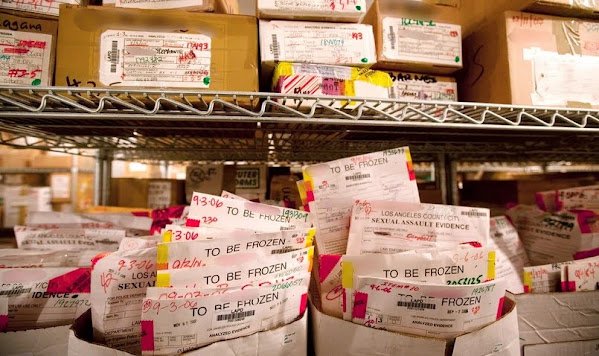 There's a bit of progress on a longstanding problem.

The only trouble . . . It's hard for police to process evidence in the midst of so many people attempting to DEFUND law enforcement.

Here's a glimpse at important work that continues despite criticism . .  .

It was well-documented in the AG’s August report that there is an issue in Missouri, and across the country, with untested sexual assault kits collecting dust in rooms within places like hospitals and law enforcement agencies.

The AG’s report said there were more than 1,500 untested kits in the state of Missouri, with the Kansas City area making up a third of that amount.

JACKSON COUNTY, Mo. (KCTV) - Two police departments in the Kansas City area had the most untested sexual assault kits in Missouri despite major progress being made around the state. Over the last couple of years, the State Attorney General has tried to address the staggering backlog untested rape kits with the SAFE Kit Initiative.