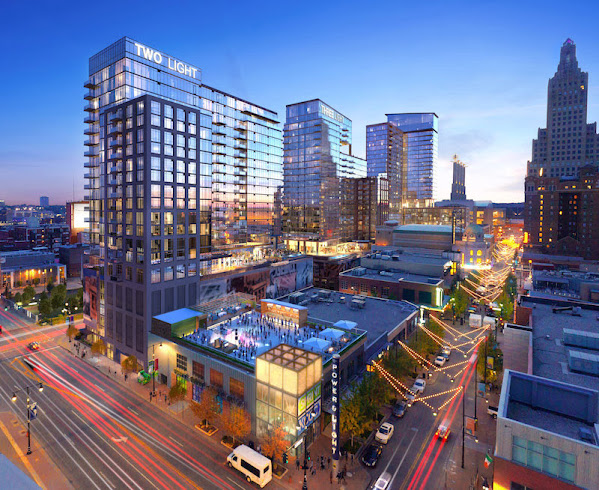 One of the BEST & BRIGHTEST TKC READERS finds a thoughtful & wordy description of the downtown party district that's worth a peek to start our day.

It's a nice description that FAILS to include any deets about MILLIONS worth of city hall largess funding the project every year.

More than merely being named after the headquarters of the Kansas City, Power & Light company, it is an authentic resurgence of the city from an era when it was at its best. Their magnificent art deco tower became a central theme for the district; illuminated tower gateways authentically light the way to a brighter future.

Kansas City Power & Light District is a safe, thriving neighborhood, embracing the city’s substantial past, serving its diverse present, and being a catalyst for its prosperous future.

From near desolation to a thriving community, Kansas City has overcome the challenge faced by many of America's great cities. Where once these centers of culture, community, growth, and prosperity attracted those seeking a better life... many had morphed into dangerous shells of their former selves, driving people away to ...