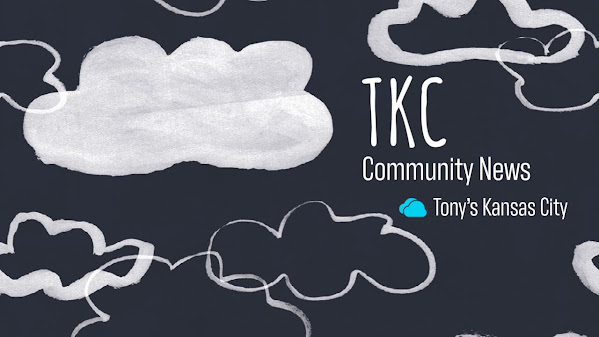 Once again we share stories with a community focus that might not be that debatable but deserve a look for local denizens of the discourse.

For a fifth straight year, a Kansas City charity is trying to uplift military members' spirits by preparing gift boxes to be sent overseas."For me, it was very personal," said volunteer Megan Stewart, whose brother spent time in the Marines and is currently serving in the National Guard.Stewart said she


$1.8 million settlement in the works for Menorah Medical Center nurses who were shorted pay

A federal judge has indicated he will approve a $1.8 million settlement that would resolve a dispute by registered nurses at Menorah Medical Center over docked pay. U.S. District Judge Daniel Crabtree found that the proposed settlement was fair and reasonable.

Kansas City's offense managed five runs thanks to big swings and some shoddy Minnesota defense and the pitching held serve as the Royals beat the Twins 5-2. The game began swimmingly for Kansas City as Daniel Lynch retired the first three hitters on groundouts.

Erik Borger just opened Pizza Tascio in North Kansas City in January. Now he's working on his fourth area location. He took the former Meatball District space at 1806 W. 39th St. and plans to open in mid-October. "It has a New Yorky feel, small shops, a lot of foot traffic and in the heart of the city," Borger said.

KANSAS CITY, Mo. - During an alternate broadcast with Dude Perfect of Thursday Night Football on Amazon Prime Video, the cast announced a $25,000 donation to Youth Guidance KC. With programs like Becoming a Man (BAM) and Working on Womanhood (WOW), Youth Guidance KC focuses on empowering students in the Hickman Mills School District.


On KC's Westside, high property taxes can mean gentrification. Will these plans help?

In 2019, the assessed property taxes for Sally Pacheco's Westside Central home quadrupled. The lifelong Westside resident in her 50s whose parents grew old in the historically Hispanic neighborhood,said it was an incredibly stressful time for many, herself included. She appealed to the Jackson County Board of Equalization and was ultimately successful in proving her taxes were unfairly assessed.

INDEPENDENCE, Mo. - People living and working in certain areas of Independence may experience water pressure issues for much of the afternoon Tuesday. The city said crews worked to repair water main breaks earlier in the day. While most of the issues are fixed, some people may continue to experience lower-than-normal water pressure until the late afternoon or early evening.

The two artists whose exhibitions open at the Albrecht-Kemper Museum in September use a number of printmaking techniques to visualize their own stories, memories and outlooks in ways that reflect the often jumbled, hazy or half-hidden thoughts that swirl through the mind.

Arrowhead Stadium hosted a job fair Wednesday.Employers are looking to hire hundreds of people.Job seekers are looking for more than just good pay."Very hardworking. I can work anywhere, just give me a spot," Job seeker Lyndsey Lockhart said. Lockhart drove all the way down from Saint Joe...She's one of nearly 500 job seekers hoping to find full-time work Wednesday.

The Johnson County Mental Health Center will bring on six new full-time employees to address primary and chronic care needs. Driving the news: The Johnson County Board of County Commissioners on Sept. 15 authorized the center to add the six new positions.

KANSAS CITY, Mo. - Summer is now over, and we're officially into the first weekend of fall. There are multiple events around the Kansas City area for you and the family to enjoy. Here are just some of the events going on around town this weekend, Sept. 23 through Sept.


Cooler temperatures continue to spill into the region

Cooler temperatures will continue to spill into the region Wednesday evening and overnight, accompanied by areas of light rain. Rain showers should clear out between 7 and 10 a.m. Thursday, with much chillier temperatures. Thursday's high will only reach 64!

And this is the OPEN THREAD for tonight. Hopefully, we'll have more for the morning update . . . STAY TUNED!!!