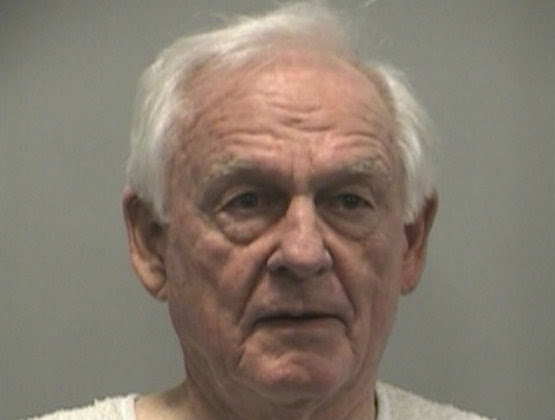 First of all, we're not sure if purportedly putting the jury pool on public display is a good faith practice for any journalist retired, blogging or otherwise.

Objectivity be damned, most of his post advocates for a conviction ahead of the trial.

However . . . Even his screed admits the old man is a shell of his former self.

"I was a bit surprised at Jungerman’s appearance as he sat in a chair at the defense table. I guess I shouldn’t have been because he was 80 when he was arrested in 2018 and now he’s four years older and has — by his own assertion — had a serious case of Covid-19 . . .

"He is alleged — and I have no doubt about it — to have shot a 39-year-old attorney, Thomas Pickert, a father of two children, because Pickert had demolished Jungerman in a civil trial in which Jungerman was accused of recklessly shooting a man who had been on his business property in northeast Kansas City . . .

"Yesterday, he seemed less alert and less engaged. I think incarceration and four years’ time have taken a decided toll on him."

An enervated David Jungerman shows up in the courtroom

David Jungerman's days of reckoning are underway. On Monday, scores of potential jurors nearly filled a courtroom on the fifth floor of the downtown Jackson County Courthouse. Some of those potential jurors sat in the jury box, while most of the rest sat in the spectator benches behind the courtroom railing.