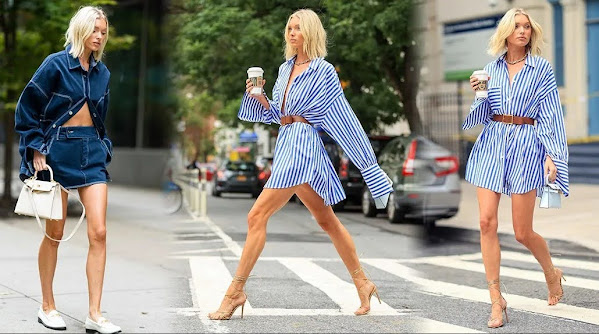 KANSAS CITY, Mo. - The Kansas City Public School District kicked off its #kcpsLovesToRead campaign with 15 minutes of quiet reading on Sept. 7. The campaign will last through the school year to May 2023.

Deuce Vaughn ran for 145 yards and two touchdowns, the Kansas State defense picked off Missouri on four straight possessions in the second half, and the Wildcats blew out the Tigers 40-12 on Saturday in the first meeting of old Big 12 rivals in more than a decade.Adrian Martinez added

KANSAS CITY, Mo. - The Overland Park Police Department is requesting the public's help in order to locate a dog responsible for biting another dog between 8:30-9 a.m. Saturday. The incident took place in the Overland Park Regional Hospital parking lot.

Kansas City breweries are rolling out new and innovative beers. Here's where to get started

At one time in the early 20th century, Kansas City was home to the Wettest Block in the World, setting the record for most saloons in a city block, down near State Line Road in the West Bottoms. The first breweries in the Kansas City region cropped up in the 1850s (before that, most beer was homebrewed) and even Prohibition couldn't keep Kansas City from its beer, which flowed through the wide open world of the Pendergast-era, though it did officially tank the local commercial breweries.

Elsa Hosk wowed in a leather dress as she stepped out to the closing ceremony of Venice International Film Festival on Saturday. The Victoria's Secret Angel, 33, looked sensational in the racy number that clung to her lithe frame.


CLAP BACK AGAINST VLAD!!!

Ukrainian officials shared photos on Saturday showing troops raising the nation's flag over the city housing the main railway hub that has supplied Russian forces in northeastern Ukraine, as a collapse in Russia's frontline threatened to turn into a rout.

Donald Trump has revealed what Queen Elizabeth II told him about all the prime ministers that served under her. Writing for DailyMail.com , the former president spoke of the Queen's grace, charm, and nobility, and how she "fully exemplified the traits of dignity, steadfastness, resolve, duty, and patriotic devotion".

Attorneys for Michael Jennings, a Black pastor arrested while watering his neighbor's flowers, filed a lawsuit in federal court on Friday alleging that the three Childersburg, Alabama, police officers who arrested him violated his rights under the First and Fourth amendments.,

With the midterm elections less than two months away, Vice President Kamala Harris on Saturday said the "stakes could not be higher" as both parties wrestle for control of Congress. Speaking at the Democratic National Committee's summer meeting in Maryland, Harris echoed President Joe Biden's recent attacks on "MAGA" Republican leaders who he says are a threat to the nation.

In Illinois, where a winning $1.34 billion Mega Millions ticket was sold, winners get a year to claim it as an annuity but only 60 days for a reduced lump sum.

KANSAS CITY, Mo. - With the 21st anniversary of the 9/11 attacks on the horizon, a national organization is doing its part to continue telling one story of kindness and compassion of that infamous day. Kevin Tuerff vividly remembers Sept. 11, 2001.

Royals lack the magic; lose seven and one half inning game 8-4

There's honestly not a lot to say about this game. Jonathan Heasley had even less control and velocity than normal, leading him to allow seven runs on seven hits and two walks without a single strikeout.

When things kick off between the Kansas City Chiefs and Arizona Cardinals on Sunday afternoon, quarterback Patrick Mahomes will be throwing to players he never has before in a regular-season game. Wide receivers like JuJu Smith-Schuster and Marquez Valdes-Scantling will see the most snaps at their position despite limited experience together (remember, Smith-Schuster did not get a preseason target from Mahomes).

Sunday will be mostly sunny, highs near 75

Hide Transcript Show Transcript SEASON MOVING THROUGH RIGHT NOW. EVENING PLANS ARE GOING TO KEEP THAT WEATHER IMPACT AROUND. A HIGH CHANCE OF RAIN THERE. MAYBE A LITTLE LULLS HERE AND THERE, BUT IN GENERAL, SHOWERS WILL CONTINUE THROUGH MOST OF THE EVENING HOUR TEMPERATURES ONCE THEY FALL INTO THE UPPER FIFTIES AND LOW SIXTIES, THEY'RE GOING TO STAY PUT.