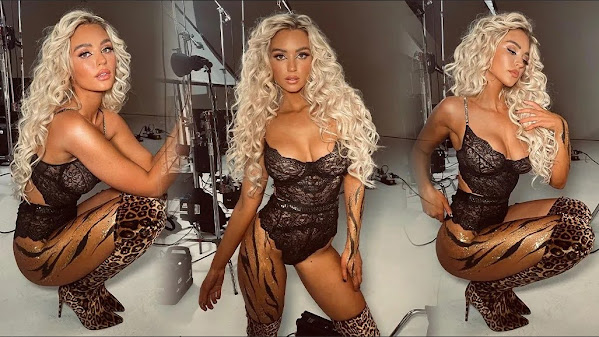 KANSAS CITY, Mo. - Luke Owen says his clients treat their homes as a private escape now more than ever. "We noticed homes have become more of a retreat from our hectic, busy lives," he said. To achieve that "retreat" homebuyers are looking for, he says many are seeking to personalize or customize homes with renovations, or are even building new houses.

Kansas & Missouri getting more than $30 million to fight opioid crisis

WICHITA, Kansas - Last week, Emporia State University professor Max McCoy penned a column that began, "I may be fired for writing this." McCoy, Emporia State's sole journalism professor and advisor to the student newspaper, was among 33 faculty members laid off as part of a large-scale restructuring in response to declining enrollment.

Sports betting will be a priority next legislative session: Missouri lawmakers

JEFFERSON CITY, Mo. - Lawmakers on both sides of the aisle say Missouri is playing a losing hand after not legalizing sports betting. It's a big question many Missourians want to know: When will I legally be allowed to place a wager on college or professional sports teams? Both Senate and House leadership this week said it's a priority.

They got engaged at the end of last year. And Lucie Donlan shared a steamy selfie with fiancé Luke Mabbott taken hours before he popped the question, on Wednesday. The Love Island star, 24, looked incredible as she posed up a storm in nothing but her underwear in the Instagram post.

President Biden criticized Sen. Lindsey Graham (R-S.C.) earlier this week for his proposed federal bill banning abortions past 15 weeks gestation, saying: "My church doesn't even make that argument now." "Think about what these guys are talking about," said Biden at a Democratic National Committee fundraiser in New York City, referring to the bill and...

Trump has spent minimally on behalf of Republican candidates so far this year, but that's about to change with the new super PAC. Save America, the former president's leadership PAC and one of the best-funded entities in politics, has around a $100 million cash reserve - money that can be transferred to MAGA, Inc.

Breyer: "I am very, very, very sorry" Roe was overturned

Former Supreme Court Justice Stephen Breyer lamented that he is "very, very, very sorry" about the court's reversal of Roe v. Wade in his first televised interview since retiring from the bench in June. Driving the news: "Was I happy about it? Not for an instant.

Fossil fuel giant Koch Industries has poured over $1m into backing - directly and indirectly - dozens of House and Senate candidates who voted against certifying Joe Biden's win on 6 January 2021.

'You're starting to see all the classic early signs': Legendary investor Ray Dalio says the stock market has further to fall before a recession hits

For much of this year, the Fed has held steadfast to its goal of a "soft landing" for inflation, the idea of vanquishing inflation without a dramatic economic downturn. But despite several interest rate hikes, inflation is still running hot, and business leaders are saying that it's not a matter of if a recession will happen, but when.

"Coming from the person who has the sole decision-making power regarding Russian nuclear weapons this will have to be taken seriously," one analyst said.

The UK government on Thursday unveiled its bid to rescue the economy from recession with a plan that involves slashing taxes, removing a cap on banker bonuses and a big increase in borrowing.

People who had COVID-19 are at higher risk for a host of brain injuries a year later compared with people who were never infected by the coronavirus, a finding that could affect millions of Americans, U.S. researchers reported on Thursday.

SHANGHAI, Sept 23 (Reuters) - The central Chinese province of Jiangxi has declared a water supply "red alert" for the first time after the Poyang freshwater lake, the country's biggest, dwindled to a record low, the Jiangxi government said on Friday.

Harry Will Be 'Exiled' by 'Ruthless' King Charles: Sources

is The Daily Beast's newsletter for all things royal and Royal Family. Subscribe to get it in your inbox every Sunday. Prince Harry faces a life of permanent "exile," with King Charles plotting to follow the playbook drawn up by the royals as they overcame the crisis triggered by Edward VIII, the king who abdicated in 1936 and was obliged to live the rest of his life outside the U.K., The Daily Beast understands.

There are many ways to celebrate Hispanic Heritage Month. People learn about the cultures that have had such a significant impact on Kansas City. They donate to Hispanic charities. And they dine out at restaurants featuring cuisine from the countries being celebrated.

LAWRENCE, Kan. - Braiden Turner's been a season ticket holder since the days of quarterback Todd Reesing and the success of the late 2000s, now K-U is 3-0, and interest is high. "KU's been one of the worse Power 5 programs in the country since 2009, so just seeing a packed house and a sell-out for the first time in years is amazing," Turner said.

"It's our duty now as the professionals, as the corporates, as the venture capitalists in the community to help make these companies great, because it creates a lot of wealth and gives this region experience," said Justin Davis after his company's then-historic $425 million exit.

The city reports Kansa, the bald eagle and Serena, the barn owl, were killed last week by raccoons that were able to breach space between an outside wood fence and the wired fence cage area where the birds were housed.

Hide Transcript Show Transcript A CHIP ON THEIR SHOULDER. I THINK THAT'S TRUE, TOO. YEAH. ALL RIGHT. I'VE GOT A LOT TO TALK ABOUT. AND WE'LL START WITH RADAR HAS MOVED INTO A ARTHUR RIGHT NOW IT'S RAINING ALONG I-35.

Magdalena Bay - All You Do is the song of the day and this is the OPEN THREAD for right now.