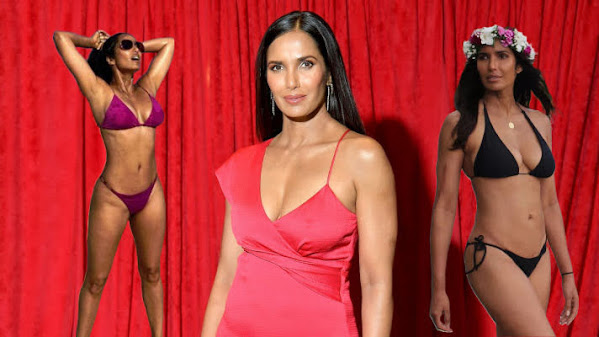 For close readers tonight . . . We celebrate eternal hotness and take a peek at pop culture, community news and top headlines.

Kansas businesses are targeting Missourians for sports betting because the Show-Me State has taken several swings at that potential revenue source and missed.Jason Gavin had lunch Thursday at The Well in the Waldo area of Kansas City.He said he's not a big gambler, but he said he might go to

KANSAS CITY, Kan. - Legal sports betting is now live in Kansas with the first in-person wagers happening Thursday at the Hollywood Casino as Kansas Speedway. Gambling apps are also now active, with the hook being that your cell phone must be within the borders of the Sunflower State.

The Overland Park Fire Department says it has reached a conclusion on the cause of an early morning apartment fire. OPFD says an improperly discarded cigarette ignited the fire Thursday at the Meadowlark Hills Apartments Fire investigators say 'carelessly discarded smoking material' caused the early morning blaze in the 9100 block of Robinson in Overland Park.

Fill the Fridge: Community gardens play important role in providing fresh produce for those in need

It is no hidden fact that the Royals hit better at home than on the road. As a team, Kansas City is slashing a full 59 points lower on the road than at home. And after scoring nine runs on Tuesday and 15 runs on Sunday, the offense again came to a screeching halt in a 7-1 loss to the White Sox.

Padma Lakshmi made a splash as she celebrated her 52nd birthday. The Bravo host shared a snap of her displaying her bikini body in a sexy black swimsuit on Thursday. 'This is 52,' Padma tweeted. The photo, which was actually taken back in April, showed Padma in the midst of her fun-filled getaway to Hawaii.

The Department of Justice conducting a criminal probe into the transfer of White House records to Mar-a-Lago when former President Donald Trump left office.

Op-Ed: Sarah Palin lost her bid for Congress. But we may not have seen the last of her yet

When Fox News canceled Sarah Palin's contributor contract in 2013, I wrote that it was " the end of an era." I was, of course, wrong about that. Not only did Fox give her another contract six months later, her divisive brand of insults and misrepresentations became the template for Donald Trump and his flock of imitators in Congress, state governments and legislatures nationwide.

Sarah Palin's loss in Alaska's special election for its lone House seat on Wednesday was in part the result of a flawed candidate facing an electorate she had angered 13 years earlier, in a state with a ranked-choice voting system that gave Republican voters other options.

POLL: Dems Are Now Favored Over Republicans - But Lag In One Key Area

Voters say they are more likely to vote for Democrats over Republicans in this year's midterm elections, but they still favor the GOP to handle America's economy, according to a new poll conducted by The Wall Street Journal.

The House committee investigating the Jan. 6, 2021, attack on the Capitol is asking former House Speaker Newt Gingrich (R-Ga.) to voluntarily sit with its investigators, claiming he advised the Trump team in the days after the former president's loss in the 2020 election. "You have knowledge and information directly related to our investigation.

'Gutfeld!' May Be the New 'King of Late Night' for Total Viewers - in Other Ways Not So Much

Fox News Channel's "Gutfeld!" has overtaken the mainstays of late-night network television - including "The Late Show With Stephen Colbert," "The Tonight Show Starring Jimmy Fallon" and "Jimmy Kimmel Live!" - in average total viewers for August, the first time a cable late-night show has sustained a total-viewership win across an entire month.

Vaccinations are expected to start next week after CDC Director Dr. Rochelle Walensky signs off.

A spate of recent intrusions, which violate a decades-old tacit agreement between Taiwan and China designed to reduce the risk of conflict between the two sides, mark Beijing's latest escalation in military intimidation against Taiwan. The now-routine incursions reflect Beijing's intent to reset benchmarks for acceptable military activity in the Strait.

Putin will not attend Gorbachev funeral due to scheduling constraints - Kremlin

MOSCOW, Sept 1 (Reuters) - Russian President Vladimir Putin will not attend the funeral of the last Soviet leader, Mikhail Gorbachev, on Saturday because of schedule constraints, the Kremlin said. In a call with reporters, Kremlin spokesman Dmitry Peskov said Putin had paid his respects on Thursday morning by visiting Moscow's Central Clinical Hospital, where Gorbachev died on Tuesday.

In March of 2019, Adam Larson found himself relocating to KC. Now, only a few years later, the city has already gained a special place in Larson's life.

MAYA: The Exhibition is a trip to the jungle

MAYA: The Exhibition. // Photo by Pierson Kubel The Auschwitz Exhibit at Union Station was a unique moment in Kansas City. In a collective moment of clarity, the entire metro was buzzing over the moving, enveloping, gruesome, horrific-and ultimately-important display. After such a breathtaking experience, the city shared collective anticipation for Union Station's opening of MAYA: The Exhibition.

Historically, flowers have belonged to the colorful seasons of spring and summer. But according to Kansas City TikToker and florist Lexi Nardini, there are some autumn floral trends beginning to surface for the upcoming season.

"The promise of cooler weather always inspires me to get dressed up again," said Kansas City designer Joanne Mullin. "The fall season, with its social events and busy schedules, is upon us, and I, for one, always want to update my wardrobe for the season."

Clear skies and mild conditions Thursday evening.Some clouds overnight will bring lows near 70Fairweather and high pressure will remain overhead into early Friday.Increasing clouds and a chance for a shower or brief thunderstorm line arrive in the afternoon or evening.