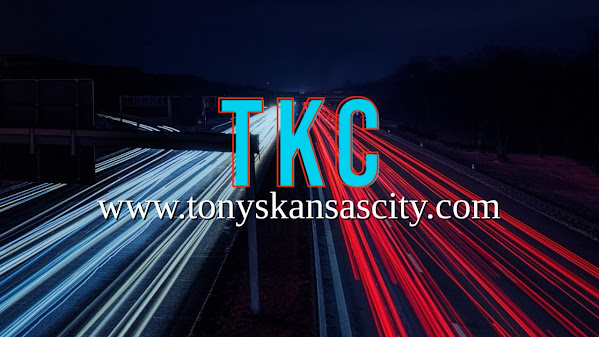 For late night denizens, insomniacs and early birds, once again, we share HYPERLOCAL notes for just a bit of late night clicking on topics ranging from the inspirational to public safety . . .

KANSAS CITY, Mo. - A communications app used in school districts across the nation, including here in the Kansas City area, was hit with a security breach that affected multiple individual accounts. The Seesaw app is used as a place where teachers can post assignments, talk with parents, post class pictures or a place where parents can post their child's work.


Here's How To Help NEXTGEN

How to get involved with a charter school board

Charter school boards aren’t elected by the public, but they do have to follow requirements for open meetings and access to documents.

By Colette Panchot Attracting and retaining qualified healthcare workers is a challenge for healthcare organizations around the country, and Chief Executive Officer Jodi Fincher calls 2022 "a rebuilding year" for St. Joseph Medical Center in Kansas City, Missouri. She says the staffing shortage was aggravated during the pandemic when healthcare workers began leaving the hospital setting to work in less acute-care settings.

SUGARCREEK TOWNSHIP, Mo. - In the two years since the pandemic - money lost to online scammers has nearly doubled. One Jackson County woman knows that all too well. Social Catfish published its State of Scams report Wednesday analyzing FBI and FTC scam reports. After spending time online, Susan Strauss has called them both.

Bob Ring sold his homegrown company of 25 years, then got a job delivering pizzas. All part of the recipe for the longtime Kansas City businessman who - despite his decades of experience - initially found banks hesitant to lend to him during the pandemic as he worked to open his own pizzeria in Johnson County.

Missouri Ponders the Power of the People

Here's what it takes for average citizens to change public policy in Missouri. It takes about an hour of standing outside in all weather conditions and talking to strangers for one person to gather eight to 10 signatures. About 30,000 hours of the signature gathering must take place across the state to ensure a ballot initiative can be put before Missouri voters.

TOPEKA - Isabella Vermooten is the kind of person who "literally went through and pestered everyone in my contacts" until they showed her evidence they were registered to vote. The 18-year-old from Lawrence was eager to cast a ballot for the first time in the Aug.

Hundreds of Amazon workers in Missouri speak out for better pay and conditions: 'We were unsafe'

More than 350 workers at the fulfillment center in St. Charles signed a petition seeking an increase in pay, raises for employees after training for additional roles and an end to a three-year cap on wage increases. The group's organizers say Amazon's "toxic culture" has led to safety issues.

KANSAS CITY, Mo. - A 24-year-old woman died after being hit by a Kenworth T880 dump truck at the Zona Rosa shopping center early Tuesday afternoon. According to Kansas City, Missouri, police, the woman was hit in front of an Old Navy while returning to work from lunch.

With their latest production of Shakespeare's beloved and oft-produced "Twelfth Night," puts up a show that feels solidly classic while also wholly original.

KANSAS CITY, Mo - An Independence, Kansas, girl is crossing items off her bucket list, including attending her first Chiefs game. Doctors told 14-year-old Olivia Andrews she only has months to live, just one year after her initial diagnosis. "It's scary because that's life changing," Andrews said "It was really scary, but I keep pushing myself to get other kids motivated."

KANSAS CITY, Mo. - Gheia Turk has loved the Chiefs as long as she can remember, and now she's pouring her passion for Kansas City's team right into the batter of her "KC Punt Cakes." She started Tasty Bundts , her baking venture, during the pandemic.

Kansas City police have released a list of streets that will be closed Friday morning for Len Dawson's funeral service.The memorial service, which is open to the public, is being held at the Country Club Christian Church at 6101 Ward Parkway at 11 a.m.Police said they will begin closing the following streets at 9:30 a.m.