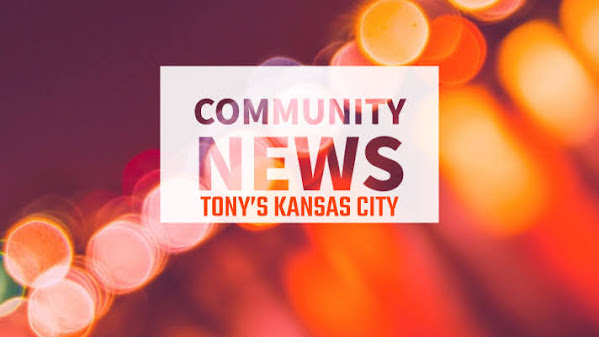 Our news-gathering philosophy ., . . There's no point in checking a "doom scroll" late at night when there's nothing anybody could possibly do about it at the moment. And so we think it's important to take a glimpse slightly upbeat updates from around the metro as a palate cleanser and for just a bit of proof that society isn't any closer to collapse than it always is . . .

Supporting other women has long been the goal of Wendy Doyle, the CEO of United WE. For the last ten years, Doyle has been at the helm of the Kansas City non-profit, which focuses on research projects that then inform policy advocacy to create economic and civic equality for women-especially women residing in Missouri and...

The Kansas City Royals had previously lost seven-yes, seven, 7-consecutive games against the Minnesota Twins, and last week's sweep at their hands pushed the stumbling Twins back over .500. But the Royals turned on the power tonight, smacking six extra base hits (including two home runs) to defeat the Twins 5-4.

Although the largest infrastructure project in Kansas City's history sits a little more than five months from completion, some areas look as if they could already be up and running. Workers continue to build out the insides of Kansas City International Airport's new terminal, gradually furnishing the 1 million-square-foot structure's 39 gates and 50 dining and retail spaces.

An Olathe, Kansas, man is volunteering his time to fix donated bicycles for children in foster care.When CASA volunteer Ballard Yeates opens his garage door, he is really opening his heart."They won't be new, but they'll be rideable," he said.Yeates said he likes fixing bikes and he has spent the last 14 years volunteering with CASA, helping kids who have to live in foster homes."Not much goes with them," he said.His volunteer work created an idea that started spinning in his head.

BLVD Revel Run road closure. // Courtesy BLVD Revel Run This post was paid for by the Greater Kansas City Sports Commission & Foundation. It is the inaugural year of the BLVD Revel Run, Women's Sixer for WIN for KC. Boulevard Brewing Company and WIN for KC are teaming up for a recreational run/walk on a colorful course through the...

Finding safe, modern, and affordable housing can be a challenge. For older adults raising their minor grandchildren, the options are even more limited because public housing developments for seniors do not allow children to stay permanently.

Parkinson's disease can be a devastating disease for anyone living with it, and one senior living center in Kansas City North has found a new way to help fight back.Rachel Klammer, 62, is apparently taking the right class.The Wexford Place resident said she never thought she would be affected by Parkinson's."When I did, I decided I was going to do everything I can to fight back," Klammer said.She is literally fighting back."I don't like to hit people; I like to hit things," she said.Klammer is part of the new seniors boxing class at Wexford Place in Kansas City north.

KANSAS CITY, Mo. - Construction on a new adventure begins at Worlds of Fun. A month after the theme park announced the Zambezi Zinger would return to the attraction, supplies are starting to arrive for the project. The actual construction hasn't started yet because Worlds of Fun said crews are working to clear land and brush right now.

Mr. Stinky Feet. // Photo by Scott Reynolds Photography Jim Cosgrove has one of the quirkiest resumes we've ever seen. More than two decades ago, the former journalist and corporate PR wonk took a leap of faith to become a full-fledged children's entertainer.


A cold front is finally making its way to KC

Tuesday was another day of record heat in the Kansas City area.Fortunately, the end is hopefully near for summer temperatures. A few clouds roll in Late Tuesday night with a low in the lower 70s.Conditions are not nearly as hot Wednesday. The high will only be 84, signaling a nearly 20-degree drop in temperatures.

Hopefully, we'll have more for the morning update in just a few hours . . . STAY TUNED!!!