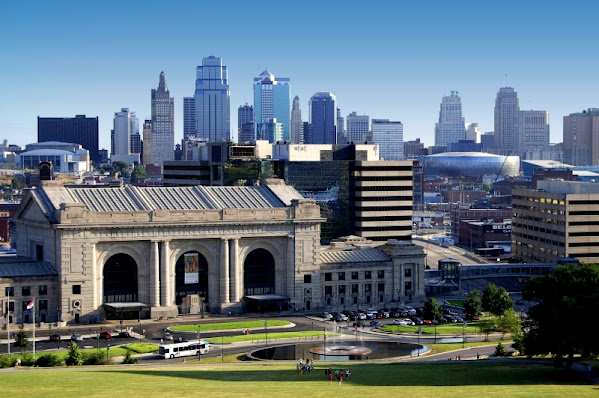 Thank God, the weather has been AMAZING in Kansas City as we prep for fall. That won't hold up and obviously the rest of the nation has endured tougher conditions.

Climate change is taking the blame but it's hard for locals to make the connection when everything is so nice outside. The common misconception betwixt weather & climate is hard to shake.

Here's a peek at the bigger picture with a local spin . . .

Evergy has plants ready to go in times of extreme weather. It takes a lot to get power from plants, through substations and into homes and businesses.

Weather extremes nationwide have put that system to the test in some places. In Kansas City, Evergy has plans and plants in place for use during extreme temperatures.

California is facing its highest chance of blackouts this year.A brutal heat wave is blanketing the state with triple-digit temperatures.

A record heat wave is pushing California's electric grid up against the point of failure this week, with officials pointing to climate change for putting continued stress on the system. The state issued an emergency alert for a seventh consecutive day on Tuesday, urging customers to conserve energy between 4 p.m.


Stressed out about climate change? 4 ways to tackle both the feelings and the issues

Climate change has caused more intense wildfires, heat waves, floods and hurricanes, lengthened allergy seasons and inflicted other forms of tangible harm. But an oft-overlooked consequence - one that warrants urgent attention and creative problem-solving - is worsening mental health. The COVID pandemic has been a time of enormous suffering.

In and around Jackson, Mississippi, more than 180,000 people have been without running or drinkable water for over a week. Flooding from heavy rainfall damaged water treatment plants and other infrastructure, exacerbating existing issues of an old and poorly maintained system.


Pakistan is bearing the brunt of the climate crisis despite 'small carbon footprint,' minister says

Pakistan is facing climate change's worst consequences partly thanks to the developed world, its finance minister said, as the nation battles severe floods.


From Merlot's flavor to Cabernet's acidity, here's how climate change is reshaping the world's most beloved wine regions

At Larkmead, located in northern Napa Valley, winemaker Avery Heelan faces tough decisions as she seeks to prepare the vineyard for a successful future despite the dangers of climate change. "We pulled up about three acres of Merlot, which sounds probably crazy," says Heelan.


Kim Kardashian Maps Out Self-Tailored Climate Change Approach: 'You Have to Pick and Choose'

just pretend you don't see it Opting out of using soggy paper straws doesn't really match up to taking dozens of trips on private jets or using enough water to fill half of an Olympic-sized swimming pool Kim Kardashian has too much on her plate to constantly be worried about climate change.