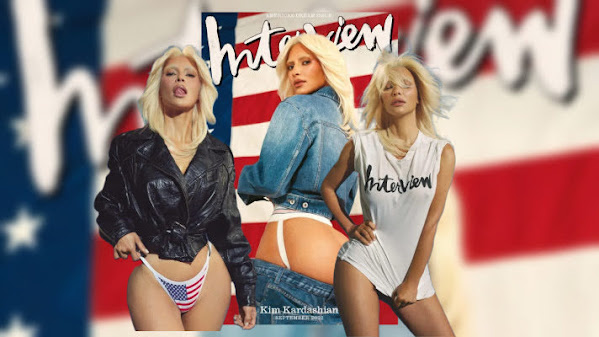 Right now we focus on a different look from hottie Kim along with pop culture, community news and top headlines.

T-Mobile Center SOURCE: T-Mobile Center Kevin Hart has canceled several shows scheduled for early November in Kansas City. The comedian and actor says that 'high demand' has led him to move his show to one night at the T-Mobile Center.

KANSAS CITY, Mo. - The weather radar that covers the Kansas City region is set to undergo a "major upgrade" next week. The radar, which is operated from the National Weather Service's office in Pleasant Hill, Missouri , was due for the upgrade after exceeding its 25-year service life.

Emergency repair work on bridge joints on Interstate 435 on Kansas City's south side wrapped up Wednesday evening.For most of the day, every lane except one was blocked off on westbound Interstate 435 just past Interstate 470.

A controversial developer's plan to build a 251-unit apartment project is moving forward, but without the incentives it initially sought from the Port Authority of Kansas City (Port KC). A deal between the Port KC and St. Louis developer Lux Living stalled in May after criticism of the agreement from commissioners and representatives from the housing advocacy group KC Tenants.

By Kevin Collison A Rhode Island firm has applied for $8.4 million in building permits as part of its plan to convert the 18-story Sheraton Suites at the Country Club Plaza into a Hilton, according to city records.

Kansas City Fashion Week 2022 was a spectacular make out sesh

Kim Kardashian is venturing into private equity. The reality superstar is teaming up with a former Carlyle Group partner Jay Sammons to bring her business acumen and high-flying name to SKKY Partners. The firm they're cofounding will invest in consumer hospitality, luxury and media and entertainment businesses, The Wall Street Journal reported Wednesday.

Police in Memphis, Tennessee, were searching for a 19-year-old man who is believed to have shot multiple people Wednesday, and who may have recorded the violence on Facebook. "We don't know his motive, we just know that he is responsible for multiple shootings at this time," police Major Karen Rudolph, a department spokesperson, told NBC affiliate WMC of Memphis on-air.

GOP gives thumbs down to Biden's $47B emergency request

President Joe Biden's request for more than $47 billion in emergency funding to help Ukraine and tackle COVID-19, monkeypox and natural disasters is encountering deep skepticism from Senate Republicans, signaling a showdown ahead.

Former President Barack Obama and former first lady Michelle Obama are scheduled to return to the White House on Wednesday for the unveiling of their official portraits. President Biden and first lady Jill Biden will host the event, but all may not be friendly among people close to the two men who were former running mates, according to a new report.

AOC predicts she won't be president - because Americans 'hate women'

Rep. Alexandria Ocasio-Cortez says it's unlikely she could ever be elected president of the United States - because so many people in America "hate women" and "would never let that happen." The socialist-firebrand New York Democrat speculated about the possibilities of her launching a future White House bid in a wide-ranging cover interview with GQ magazine published Wednesday.

Influencer Tara Lynn is catching flak for a TikTok ruminating on why "nobody wants to work anymore." Viewers pointed out that this is not typically down to laziness, and some people have no choice. Lynn, who has over 4 million followers, responded by calling her critics "crazy" and "embarrassing."

This week we're taking a brief break from beer news to give you some exciting spirits news. On Thursday, J. Rieger & Co. is releasing the 2022 version of their Bond Straight Rye Whiskey to retailers in Kansas and Missouri. This year's edition is 96% rye and 4% malted barley.

"They weren't having it," said Kinesha Glover, describing her customers' response the first time she relocated. "They were like, 'You gotta come back. Whether you come tattoo at the house or set up at our friends' shops, you gotta come back.'"

Officially 15 days out from fall, the trend of warm weather is slated to continue. Kansas City is mostly clear Wednesday night with lows in the low 60s. Thursday and Friday will be sunny and hot, with highs near 90. Clouds will increase Saturday with highs in the mid-80s.