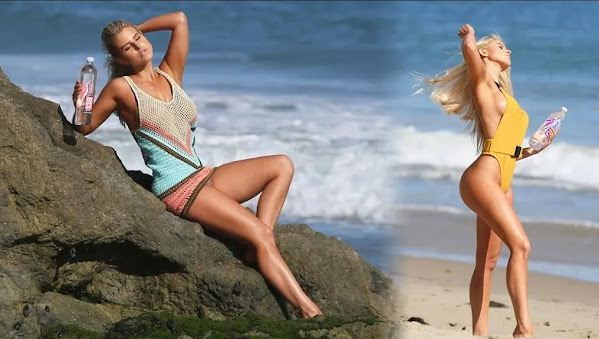 KANSAS CITY, Mo. - Traffic will be impacted by lane and ramp closures along westbound Interstate 470 and Interstate 435 on Wednesday from 9 a.m. to around 5 p.m. for bridge joint repairs, according to the Missouri Department of Transportation. MoDOT announced Wednesday that southbound I-435 at southbound I-49 and I-470 will be closed.

LEE'S SUMMIT, Mo. (KCTV) - Cyclists are honoring a rider killed in a hit-and-run during the last weekend of August. That Saturday morning, a white Acura MDX struck Charles Criniere as he was riding along View High Drive. Criniere was a teacher and father of 10.

Local governments in the Kansas City area have spent millions of dollars in federal coronavirus relief funds in recent months in a variety of different ways. That includes everything from COVID-19 testing and vaccinations to sniper rifles and a blighted hotel. The American Rescue Plan Act (ARPA) was signed into law by President Joe Biden in March 2021.


TKC Flattered But No Thanks!!!

KANSAS CITY, Mo. - This Hispanic Heritage Month, KSHB 41 News needs the community's help to recognize those who uplift the Hispanic community in the Kansas City area. If you know anyone who would be a good candidate, please fill out the survey below. -

Brennah Black sent temperatures soaring on Sunday, February 28, when she teased her 651,000 Instagram followers to a new post. The blond bombshell and former Playboy model took to the popular photo-sharing app to upload a couple of pics where she was clad in a daring lingerie set that left little to the imagination.

President Joe Biden has made a final decision to not designate Russia as a state sponsor of terrorism, the White House said Tuesday, saying that such a move could backfire and have unintended consequences for U.S. support of Ukraine amid Russia's invasion.

Top former Trump strategist Steve Bannon is expected to be indicted on Thursday on state fraud charges connected to his role in a fundraising scheme to build a border wall, according to two sources familiar with the matter, years after he received a presidential pardon in the federal case.

Covid vaccinations will likely become an annual affair, White House officials said Tuesday, with a schedule resembling that of flu shots. "In the absence of a dramatically different variants, we likely are moving towards a path with a vaccination cadence similar to that of the annual influenza vaccine, with annual updated Covid-19 shots matched to the currently circulating strains for most of the population," Dr. Anthony Fauci said at a White House briefing.

Putin and Xi to meet in Uzbekistan next week, official says

Russian President Vladimir Putin and Chinese President Xi Jinping plan to meet next week in Uzbekistan, a Russian official said Wednesday, announcing a summit that could signal another step in warming ties between two powers that are increasingly facing off against the West.


Economic Smack Down Ahead

Federal Reserve Chairman Jerome Powell's public pledge to reduce inflation even if it increases unemployment appears to have put the central bank on a path to raise interest rates by 0.75 percentage point rather than 0.50 point this month.

10 bold predictions for the Chiefs' 2022 season

As the Kansas City Chiefs prepare to open the 2022 regular season by going on the road to face the Arizona Cardinals on Sunday afternoon, it's time to think about some bold predictions for the coming season. We asked the Arrowhead Pride staff to reach deep down to come up with their boldest for 2022.

The Royals need a lot more from the bullpen next season

In 2014 and 2015 Dayton Moore and Ned Yost showed the world that a great bullpen could be a game-changing tool, especially in the playoffs. From 2000 to 2015, starters were averaging just under six innings per start every year except 2011 when the average was slightly over six, but after 2015 that started to drop off precipitously.

Patchy fog to start the morning, warmer this afternoon

Sunny and warmer today through Friday with highs in the upper 80s to near 90 degrees. Becoming mostly cloudy Saturday with a switch to a north wind during the afternoon. High 84. 40 percent chance of rain Saturday night into Sunday morning, which may impact breakfast and church plans.

Latto - It's Givin is the song of the day and this is the OPEN THREAD for right now.