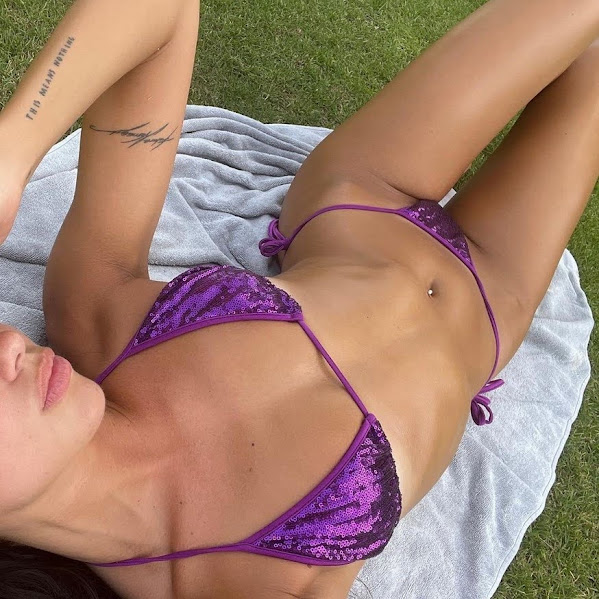 KANSAS CITY, Mo. - KC Pet Project is waiving the adoption fee until September 18 in response to being at capacity. Since September 1, nearly 300 dogs have arrived at the shelter and there are no open kennels.

KANSAS CITY, Mo. - The Kansas City, Missouri, City Council is soliciting proposals regarding redeveloping the southwest corner of 1200 and 1210 Broadway in downtown. The 1.18-acre area is currently being used as a surface parking lot. According to the city's request for proposals, which was issued Sept.

At Tuesday's Kansas City Parks and Recreation Board meeting, Commissioners approved an agreement with Jolt Lighting to bring Winter Magic, Kansas City's premier drive through holiday lights display, to Cliff Drive in Northeast Kansas City. "Jolt Lighting, LLC has been in the Christmas display business for 17 years," a press release from the department said.


Facts For Next Poke

What you should know about the new COVID booster shot

A new and improved COVID-19 vaccine booster is now being administered in Missouri. The hope is that it will protect against the original strain of COVID-19 as well as its dominant variants. Whether and when you should get the shot will depend on a host of factors.

Hundreds of artists set to appear at 2022 Plaza Art Fair

A crisp autumn chill may have arrived for everyone, but that's clearly not the case for singer Dua Lipa. The British pop sensation recently posted several photos to Instagram in which she struck a series of poses wearing a teeny-tiny bralette and asymmetrical pair of hot shorts, both in a sparkly green fabric.

President Biden predicted Wednesday that "the great American road trip is going to be fully electrified" in the near future as he announced plans for adding more electrical vehicle infrastructure to dozens of states. The big picture: Biden laid out his plans for building more electric vehicles and clean energy infrastructure at the Detroit Auto Show, highlighting his recent win streak at the same time.

WASHINGTON - A man who wore a "Trump 2020" hat as he beat one officer and dragged another down the steps of the Capitol on Jan. 6 has pleaded guilty, admitting that he told officers they were "gonna die tonight" and repeatedly assaulted law enforcement.

Twilio co-founder and CEO Jeff Lawson announced Wednesday that his customer engagement platform would be conducting a round of layoffs with a race-based focus. Lawson published a blog post on Twilio's website warning that the company will immediately downsize its workforce by 11% to align its "investments more squarely with [its] priorities," like promoting anti-racism and anti-oppression.

Put your hands together for Nancy Pelosi! But first, a brief history of applause. Clapping our hands is a human social gesture - born thousands of years ago - to show approval and admiration. While there is the polite golf clap for a well-struck shot, nearly all other types of applause come from the heart when we're inspired or moved or blown away.

WHO chief says end in sight for COVID-19 pandemic

Sept 14 (Reuters) - The World Health Organization's Director-General Tedros Adhanom Ghebreyesus said that the world had never been in a better position to end the COVID-19 pandemic and urged nations to keep up their efforts against the coronavirus. "We are not there yet.

IZIUM, Ukraine (AP) - His hand on his heart, Ukrainian President Volodymyr Zelenskyy watched as his country's flag was hoisted Wednesday above the recently recaptured city of Izium, a rare foray outside the capital that highlighted Moscow's embarrassing retreat in the face of a lightning Ukrainian counteroffensive.

MyPillow CEO and fierce Trump ally Mike Lindell says his phone was seized by the FBI this week - and it appears to have interrupted his fast-food lunch. Speaking on his online show, The Lindell Report, Lindell said he was in the drive-thru at a Hardee's in Mankato, Minnesota, on Tuesday afternoon when federal agents surrounded him.

LONDON - The coffin of Queen Elizabeth II left Buckingham Palace for the last time Wednesday, borne on a horse-drawn carriage and saluted by cannons and the tolling of Big Ben, in a solemn procession through the flag-draped, crowd-lined streets of London to Westminster Hall.

McDonald's to close for Queen's funeral on Monday

The government advises on its website that the additional Bank Holiday "will allow individuals, businesses and other organisations to pay their respects to Her Majesty and commemorate Her reign, while marking the final day of the period of national mourning."

A body positive babe has shared a close-up snap of her curvy bum to show off her scars and cellulite and "take back the power". Swimwear designer Karina Irby is known for creating body positive content, and helping women build confidence.

LOOK: Arrowhead field will have throwback design on Thursday night

Just as they have done other times in recent years, the Kansas City Chiefs are using a throwback design for Thursday Night Football against the Los Angeles Chargers. But this time - rather than recalling the team's glory days at the old Municipal Stadium - the team is celebrating 50 years at Arrowhead by using a design from that era.

KANSAS CITY, Mo. - On the Nelson-Atkins Museum of Art lawn, just a few yards away from one of the iconic shuttlecock sculptures, a new sculpture has erupted. The free-standing, luminescent piece - "Mirror Pavilion III," which was crafted by Dutch-born artist Jan Hendrix - was unveiled Wednesday and is meant to imitate a 18th-century garden pavilion.

Hide Transcript Show Transcript SOUTH WIND, NINE MILES AN HOUR RIGHT NOW. THE HIGHER THE DEW POINT, THE MORE UNCOMFORTABLE. IT IS IN THE MID TO UPPER 60'S OVER THE WEEKEND. POLLEN AND MOLD ARE HIGH. THE MOLD COUNT IS VERY HIGH. AIR QUALITY LOW FOR TODAY.

Romeo Santos - Bebo is the song of the day and this is the OPEN THREAD for right now.