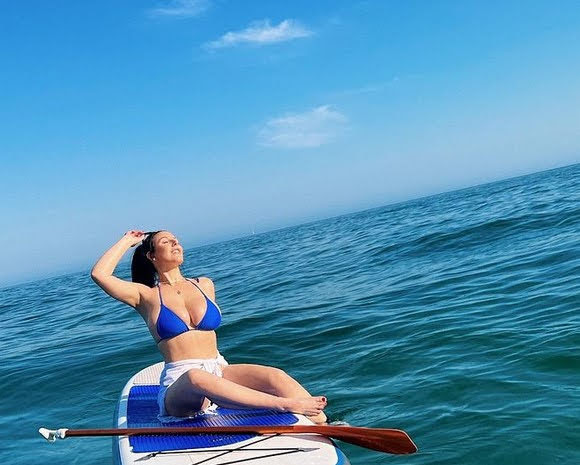 KANSAS CITY, Mo. - When Sylvester Stallone's new streaming television series goes online later this fall, viewers will see the streets of Tulsa, Oklahoma, not Kansas City, Missouri. Creators of the show "Tulsa King" originally pitched it with the name "Kansas City", but decided to film in Tulsa partially because the state offers incentives to production studios.

NFL suspension of Chiefs' Willie Gay was warranted. Let's hope he gets the help he needs

Plenty of Kansas City Chiefs fans have expressed dismay at the prospect of losing linebacker Willie Gay to a four-game suspension announced this week by the NFL. No doubt, two games into a promising season, losing a top player stings.

Lane and ramp closures on I-35 to begin Thursday

KANSAS CITY, Mo. - Pavement repairs will leave multiple lanes closed on northbound I-35 at Missouri Route 210 beginning Thursday at 8 p.m. At least one lane will be open at all times during construction, but the on ramp from Route 210 to northbound I-35 will remain closed until work is complete Friday at 6 a.m.

A brewery in Shawnee that's known for being dog friendly must keep the pets outside or close shop.After years without issues, a state inspector says no dogs are allowed at Transport Brewery.Meet Charlie. He died Aug.

President Biden accused Russia of an "extremely significant" violation of the United Nations international charter in its "brutal, needless war" against Ukraine, delivering harsh words directed to Russian president Vladimir Putin, saying the war was "chosen by one man." Biden, speaking to the United Nations General Assembly in New York City Wednesday, reflected on the past year.


Vlad On The Move

Russian President Vladimir Putin on Wednesday announced a partial military mobilization in Russia, putting the country's people and economy on a wartime footing as Moscow's invasion of Ukraine continues.

VATICAN CITY, Sept 21 (Reuters) - Pope Francis said on Wednesday that Ukrainians were being subjected to savageness, monstrosities and torture, calling them a "noble" people being martyred. Speaking at the end of his general audience in St.

US and Canadian warships sailed through the Taiwan Strait on Tuesday following weekend remarks from President Joe Biden that the US would defend Taiwan in the event it is attacked by China.

The suit seeks about $250 million in allegedly illegal profits netted from the scheme, as well as a five-year ban on the former president, Donald Trump Jr., Ivanka Trump and Eric Trump participating in any real estate transactions-a restriction that would spell the end of the Trump real estate empire.

Man in custody after Washington Monument vandalized with red paint

A man was taken into custody after the Washington Monument was vandalized with red paint late Tuesday, police said. The United States Park Police issued an "alert" on Twitter saying the suspect had been apprehended. It was not immediately clear whether he will face any charges.

With doctor's offices and pharmacies now offering seasonal flu shots and updated COVID-19 boosters, experts are urging Americans to get both, with many saying October is the best time. While experts say October may be an ideal window to boost immunity, they are also emphasizing the importance of getting vaccinated, period -- whenever you are able.

Five years ago Mark Horowitz seemed an unlikely skeptic of psycho-pharmaceuticals. He had been taking the popular antidepressant Lexapro virtually every day for 15 years. He was so fascinated by the drugs that he spent three years hunched over a dish of human brain cells in a laboratory at King's College London, measuring the effect of human stress hormones and drugs like Prozac and Zoloft.

CHICAGO - Two people who wish to remain anonymous have claimed a $1.337 billion Mega Millions jackpot after a single ticket to the late July drawing was sold in a Chicago suburb, opting to take a lump sum payment of $780.5 million, lottery officials said Wednesday.

It's no secret that Meta-formerly-Facebook CEO Mark Zuckerberg's metaverse pivot isn't exactly paying off yet. The billionaire's fortune has dropped by a whopping $71 billion - leaving him with a piddling $55.9 billion left over - this year, Bloomberg reports, rendering him only the 20th richest person in the world.

DUBAI, Sept 21 (Reuters) - Four Iranian police officers were injured and one "police assistant" died from injuries on Tuesday in the southern city of Shiraz following violent protests, the official IRNA news agency reported on Wednesday. "On Tuesday evening, some people clashed with police officers and as a result one of the police assistants was killed.

America's Sexually Transmitted Disease Problem Is 'Out of Control'

Sexually transmitted diseases in the U.S. are at a crisis point. On Monday, prominent public health experts and government officials raised an alarm over the ongoing annual rise in STDs. Preliminary data recently released by the Centers for Disease Control and Prevention shows that cases of syphilis, gonorrhea, and chlamydia all went up last year.

One of Kansas City's biggest stars is set to join one of the biggest video games in the world. Jason Sudeikis as Ted Lasso and the players of AFC Richmond are set to become playable characters in FIFA 23 on Sep.

Royals pitchers have been hosed by umpires this year

Royals pitchers have not been good this year, there is no getting around that. Collectively, they have issued the second-most walks in all of baseball while throwing the fourth-fewest strikeouts. Despite an emphasis on first-pitch strikes, they are dead last in baseball in the category.

The New York Times has named a 71-year-old Kansas City eatery among its favorite restaurants of 2022. The newspaper's annual list spotlights 50 restaurants across the U.S. - some new and some around for decades - that the publication is "most excited about right now."

While the tourism industry walked on eggshells in 2020, the 130-year-old Elms Hotel in Excelsior Springs began a bold renovation.

Cooling off for Wednesday

Hide Transcript Show Transcript PEP RALLIES BUT IF THEY WERE OUTSIDE, THEY WOULD HAVE RAIN SHOWERS TO DEAL WITH. WE ARE LOOKING AT THE TEMPERATURE FOR FRIDAY NIGHT FOOTBALL TO BE AROUND 65 DEGREES. CURRENTLY 75 IN KC. YOU CAN SEE 60'S TO THE NORTH. THAT IS WHERE THE FRONT IS.

Charley Crockett - "Round This World" is the song of the day and this is the OPEN THREAD for right now.