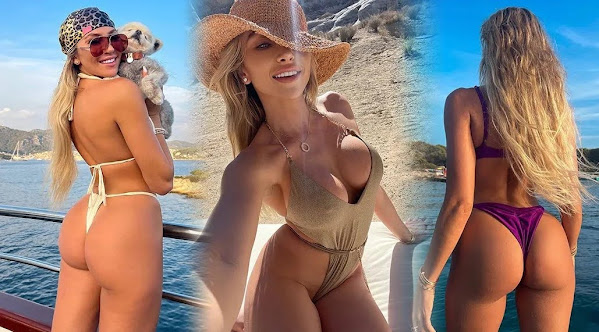 Right now hottie Khloe starts our morning and her body of work inspires this peek at pop culture, community news and top headlines

Students, Librarians and Bookstore Owners Push Back on Book Bans 

It was like any other school day at North Kansas City High School. On a crisp November day, Grace Cates settled at her desk and cracked open her copy of " Fences." Not long after, she and her peers learned the Northland Parent Association (NPA) wanted it banned.


Good Times Of Ur Betters Exposed

"Vitality & Vice" was the theme of this year's triumphant return of Party Arty, to benefit The Nelson-Atkins Museum of Art. Co-chairs Kelly Hollowell and Maria O'Connor, and Vice Co-chairs Morgan Stockton and Susanne Watson produced a spectacular evening, complete with drinks, delectable fare, and entertainment.

How democracy is under threat in Kansas and Missouri

As part of Montclair State University's Democracy Day nationwide collaborative, Up To Date looked at the state of democracy in Kansas and Missouri. Our focus was on three areas: candidates' refusal to engage with each other in public forums; redistricting; and voter laws.

Kansas City man reflects on being season ticket holder since 1963

KANSAS CITY, Mo. - Gary Friedman has been a Kansas City Chiefs season ticket holder since 1963, the first season the Chiefs played at Municipal Stadium in Kansas City, Missouri. "I'd have to talk to you for two hours to tell you about all the great memories," Friedman said.

In the mood for a movie? KC Underground Film Festival hosting two weeks of free screenings

The Kansas City Underground Film Festival is bringing free entertainment to the city until Sept. 24. Low-budget but high quality independent films take center stage at Charlotte Street Foundation on 3333 Wyoming St.. This marks the third year of the festival that started because Willy Evans, Kari Bingham-Gutierrez and Courtney Bierman wanted to fill the void left by The Tivoli Theater's closing in 2019.

"It's the year of the Tiger & this little tiger is ready to get back to the jungle where she belongs." Khloe Terae is ringing in the Year of the Tiger with a big cat-inspired bikini gallery.

Sept. 16 (UPI) -- President Joe Biden lambasted the Republican governors of Florida and Texas for sending migrants north to Democratic states, saying they are putting politics above the lives of vulnerable people, while California Gov. Gavin Newsom called for the Justice Department to investigate the practice.


GOP Claps Back At Elite

'Their Virtue-Signaling Is A Fraud': DeSantis Drags Leftists Attacking Him For Sending Illegal Immigrants To Sanctuary Cities

After his transport of illegal immigrants to the posh area of Martha's Vineyard, Massachusetts elicited widespread approval among conservatives and handwringing among leftists, Governor Ron DeSantis (R-FL) fired a salvo at the hypocrisy of his detractors, snapping, "Their virtue-signaling is a fraud." DeSantis started by targeting President Biden for his refusal to secure the Southern border.

Some residents of the wealthy liberal enclave of Martha's Vineyard decried a move by Republican Florida Governor Ron DeSantis to fly dozens of migrants to the vacation island as a political "stunt," as local officials and volunteers scrambled to help the confused new arrivals.

A homeless coordinator in Martha's Vineyard, the latest destination where migrants are being sent by Republican governors in an effort to bring attention to the southern border, said that the island doesn't have the resources to help them long-term and that they will eventually have to move 'somewhere else."

New details have emerged about former President Donald Trump's alleged desire to have the United States acquire the island of Greenland while in office. According to a forthcoming book, the former president at one point even suggested to aides that the U.S. could trade Puerto Rico for it.

Ocasio-Cortez blasts GOP lawmaker's treatment of witness: 'I'm trying to give you the floor, boo'

Rep. Alexandria Ocasio-Cortez (D-N.Y.) on Thursday slammed Rep. Clay Higgins (R-La.) for his treatment of a witness during a House Oversight Committee hearing. Higgins had a contentious exchange during the hearing with clean energy advocate Raya Salter, who he at various points referred to as "young lady" and "boo."

SOUTH FULTON, Ga. - There has never in the history of the United States of America been anything like this five-year-old city. On the southwest outskirts of Atlanta, it is a mostly suburban municipality with a population of some 108,000 of which nine of every 10 of the residents are Black.

Senate won't act on same-sex marriage bill until after midterms

Sen. Rob Portman Thursday said that the Senate will wait until after the midterms before acting on a bill to codify same-sex marriage protections, after advocates previously hoped to vote on the bill this month. Portman, R-Ohio, was one of the top GOP supporters of the legislation, along with Sen.

However, the state said it would disregard the ruling. "The Department thoroughly evaluated the judge's vague April 2022 decision and crafted our final rule to be consistent with the decision. It's unfortunate that the judge's ruling today does not square with his vague April decision.

Rep. Marjorie Taylor Greene (R-GA) appeared to kick a protester outside the Capitol on Thursday during a heated exchange about gun violence in America. The firearm-loving lawmaker was confronted by members of Gen Z activist group Voters of Tomorrow after leaving a news conference.

A Virginia man who was infamously photographed wearing a "Camp Auschwitz" sweatshirt and an "SS" t-shirt inside the US Capitol on January 6, 2021, was sentenced by a federal judge Thursday to more than two months in jail.

Don Lemon Comments On Being Demoted: 'I Was Not Demoted'

CNN's Don Lemon told viewers Thursday night he was "not demoted" after the network announced it would scrap his evening show and instead put him on a morning table lineup.

Columbia whistleblower on exposing college rankings: 'They are worthless'

The Columbia University academic whose exposure of false data caused the prestigious institution to plunge in US college rankings has accused its administration of deception and a whitewash over the affair.

ABOARD THE PAPAL PLANE, Sept 15 (Reuters) - Pope Francis on Thursday said it was morally legitimate for nations to supply weapons to Ukraine to help the country defend itself from Russian aggression.


South Of The Border Accountability

Retired Mexican general arrested over disappearance of 43 students in 2014

Mexican authorities have arrested a retired general and two other members of the army for alleged links to the disappearance of 43 students in the south of the country in 2014.

Kate Middleton shot icy glares at Meghan Markle to 'freeze' her out: expert

Kate Middleton shot icy glares at Meghan Markle over the weekend at Windsor Castle to "freeze" her out, according to a body language expert. "Quite unlike the confident Meghan we know, Meghan appeared ill at ease during this encounter, which is not surprising given the recent criticism that she has faced," Katia Loisal told Australia's Seven News.


Here's How COVID Proved That NOBODY Is In Charge . . .

The report cited 'massive global failures' in prevention, transparency, and public health practices. Authors said countries must adopt a 'vaccination-plus' strategy and strengthen health systems. The Institute for Health Metrics and Evaluation estimates more than 17.2 million global deaths More than two years after COVID-19 was declared a pandemic, a group of renowned experts are calling out international leaders over how they failed to prevent world's deadliest outbreak.

Ukraine has Russian President Vladimir Putin's armed forces on the run and has recaptured land the size of the state of Maine in a matter of days. But a more serious setback is the public distancing of Russia by his so-called "no limits" partner, Chinese President Xi Jinping.


Lots Of Theories But No Money

An analysis of Pakistan's devastating floods has found "fingerprints" of the human-made climate crisis on the disaster, which killed more than 1,400 people and destroyed so much land and infrastructure it has plunged the South Asian nation into crisis.

Ukrainian authorities say they discovered a mass grave filled with the bodies of 440 people in the northeastern town of Izium days after the area was liberated from occupying Russian forces. "Some died because of artillery fire," Serhiy Bolvinov, chief police investigator for the Kharkiv region, told Sky News of the people in the grave.

Hungary can 'no longer be considered a full democracy,' says EU Parliament | CNN

Hungary can "no longer be considered a full democracy," the European Parliament said in a statement following its adoption of a report on Thursday.

By Malu Cursino at Southwark Park & George Bowden BBC News The queue to see the Queen lying in state at Westminster Hall is at capacity and entry will be paused for six hours, the government has said. The line is now about five miles (8km) long, stretching to Southwark Park in south-east London.

Kim's fans think she has had 'breast implants removed'

KIM Kardashian's fans think she has had her rumored breast implants removed. Viewers noticed that the reality star's chest looked significantly smaller than usual during her appearance on the Late Late Show With James Corden. Kim, 41, showed off her seemingly reduced cleavage in a plunging silver dress on the chat show.


QB Seems Off His Game

Arrowheadlines: an imperfect Mahomes leads the Chiefs to victory

The decision to trade Hill wasn't easy for Veach and the Chiefs. Hill was their leading wide receiver in each of his six pro seasons. He accounted for 25% of the targets from quarterback Patrick Mahomes last season, the 12th-highest team share in the league per NFL Next Gen Stats, and caught a Chiefs-record 111 passes.

Photos: The National at Grinders

Fans of The National were treated to an intimate show at Grinders on Tuesday, an interesting venue for a band that has commanded the Starlight stage during their last few tours. Even singer Matt Berninger couldn't help but comment on the crowd's energy, remarking that they had been playing Red Rocks on Monday, but despite its incredible views, being at...


Whilst Ur Credit Card Weeps

A few showers possible for your Friday

Hide Transcript Show Transcript WERE GETTING GOING. OUR FIRST ALERT RADAR HAS BEEN IN ALL WEEK THING. I'M NOT ALONE. WE TAKE SOME SOLACE IN THAT. A LITTLE BIT OF SHOWER ACTIVITY IN NORTHWEST MISSOURI. A CLUSTER OF DOWNPOURS AND THUNDERSTORMS YOUR WICHITA. SLOWLY, MOVING TOWARDS KANSAS CITY.

Jimmy Eat World - Something Loud is the song of the day and this is the OPEN THREAD for right now.