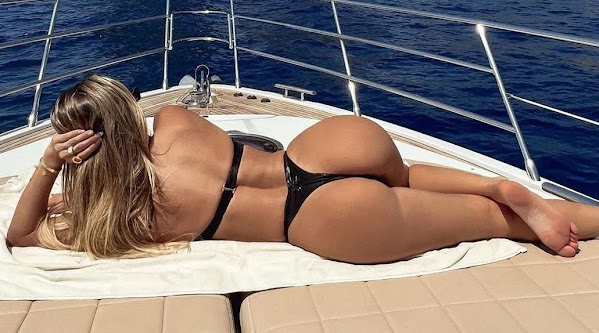 'It does feel very normal': Residents excited to celebrate Labor Day as events kick off across Kansas City

KANSAS CITY, Mo. - This holiday weekend, thousands of people will gather at several large events like First Fridays, the KC Air Show, Irish Fest and SantaCaliGon Days Festival. Those in attendance say they're not hesitant about COVID-19 and admit it feels the events recreate a pre-pandemic atmosphere.

Why does it look like that?!: Mill Creek Park Fountain near the Plaza dyed gold for special reason

The Fountain at Mill Creek Park is looking a little different Friday.It has been dyed gold to raise awareness for childhood cancer.September is National Childhood Cancer Awareness Month.The Kansas City Royals, Royals Charities and The University of Kansas Health System are all working to raise awareness for pediatric cancer by dying the water that brilliant shade of gold.


Impressing Others To Take Flight

Veteran airshow performer hopes to inspire next generation of pilots

KANSAS CITY, Mo. - Patty Wagstaff has been seen across the skies for many years. Wagstaff, a veteran airshow performer, is flying in this weekend's Kansas City Airshow - something that's not new to her. Despite knowing the challenges that come with being a pilot, she hopes to inspire the next generation of aspiring pilots.

Man hit, killed while walking down a busy highway in Independence, Missouri

The Independence, Missouri, Police Department is investigating after a pedestrian was killed in a crash late Thursday night.Police said a man was walking near MO-291 and U.S. 24 Highway around 9:30 p.m. Thursday, Sept. 1, when he was struck by a vehicle.Investigators said the man had been walking in traffic on the roadway and was hit by the vehicle, which was driving southbound.

KANSAS CITY, Mo. - It's been more than 23 years since Briana Scurry's diving save on China's third penalty kick try in the 1999 FIFA Women's World Cup Final set the stage for arguably the most-iconic moment in U.S. women's sports history.

Miami "It Girl" Cindy Prado is more than just a pretty face, a fit body and a luminous smile that lights up our entire Zoom room.


Troops Are NOT Props

President Joe Biden has divided sections of Twitter after giving a speech in which two marines were present in the background. The USA's 46th president addressed the nation from Philadelphia in an attempt to unify the country with rallying cries on how had always wanted to "restore the soul of the nation".

The Justice Department Friday filed a more detailed list of documents taken in its raid of former President Donald Trump's Mar-a-Lago resort, including dozens of classified documents and folders with classified markings. The list was released per an order from Florida federal Judge Aileen M.

Russiawon't immediately resume exports of natural gas to Europe through its Nord Stream 1 pipeline, worsening a shortage that threatens to tip the continent into an energy crisis this winter. On Friday, Russian state energy giant Gazprom said it would not resume flows through the pipeline on Saturday as planned because it had detected an oil leak at its Portovaya compressor station.

The mayor of Chicago, Lori Lightfoot, has vowed to welcome immigrants bussed to the city from the Mexican border, as the hard-right governor of Texas opened a third front in his confrontation with the Biden administration and Democratic sanctuary cities.

Russia to bury Gorbachev, darling of the West, with a shrug

Mikhail Gorbachev, the Soviet leader beloved of the West who lived long enough to see all the reforms he had championed in his homeland undone, will be buried on Saturday without state honours or the presence of the current Kremlin incumbent.

A third of Pakistan is underwater amid its worst floods in history. Here's what you need to know

More than one third of Pakistan is underwater as deadly floods spread across the South Asian country since-mid-June, according to satellite images from the European Space Agency (ESA), threatening to create secondary disasters.

BA.5-specific Covid boosters from Pfizer, Moderna could be available as soon as Labor Day weekend-here's what to know

Covid booster shots reformulated to target the BA.4 and BA.5 omicron subvariants received clearance from the Centers for Disease Control and Prevention on Thursday. And the vaccinations could be available as early as this weekend or next week. An independent committee on vaccines within the agency voted 13 to 1 in favor of the shots.

Jane Fonda has been diagnosed with non-Hodgkin's Lymphoma and has begun chemotherapy treatment, the legendary actress and activist said in post shared on her official social media account.

Bethenny Frankel called Meghan Markle "self-important" and "sanctimonious" on her podcast. The former ROHNY star also said Markle was like a Bravo housewife who isn't "relatable." Frankel last criticized the Duchess of Sussex in 2021 and said she was nearly "canceled" for it.

Chiefs GM Brett Veach is confident in the ability of his new, very young roster

If there is one thing you can say about Kansas City Chiefs general manager Brett Veach, it's that he does not do things halfway. When he decides to do something, he dives in head first. This was evident last season when he decided to overhaul the offensive line - and it was evident this year when he decided that the Chiefs needed to get younger.

KANSAS CITY, Mo. - A new restaurant opening in City Market is bringing a street flare to traditional Filipino dishes. Ting's Filipino Bistro opens with a full menu Tuesday, Sept. 13. This is the second location for restaurant owner Ting Santos. She also owns a space at Parlor.

How one founder plans to use blockchain to bring equity, transparency to the 'American Dream' - buying a home

After back-to-back home-buying nightmares - where predatory practices left Louis Byrd with mounting bills from unexpected repairs - the Kansas City entrepreneur and creative force plans to launch a new blockchain-infused solution to increase transparency for homebuyers. The first tech product from Byrd's Zanago Design, is expected to allow potential buyers to verify titles, repairs, and warranties before making an offer.

Your Guide to September Concerts - In Kansas City

Live music is back in Kansas City-in force and en masse. Concert calendars in 2022 are approaching pre-pandemic levels, even surpassing them some weeks. September is another busy month of live music for fans of all genres. Here are some recommendations for your calendar. Luke Bryan with Riley Green and Mitchell Tenpenny September 8 at...


From One Of Our Favorite Photogs

Saturday will be cooler, less humid

Hide Transcript Show Transcript LOOKING ONCE AGAIN PRETTY DRY AND IN THE 80S FOR THIS EVENING NOT TALK ABOUT MUCH CHANCE OF RAIN AT LEAST FOR THESE HOURS AS WE'LL GO FROM THE 80S INTO THE 70S NINE O'CLOCK SEVENTY-EIGHT DEGREES BY 11 PM WILL BE AT 74 THE BEST CHANCES OF RAIN.

Elton John & Britney Spears ‘Hold Me Closer is the song of the day and this is the OPEN THREAD for right now.