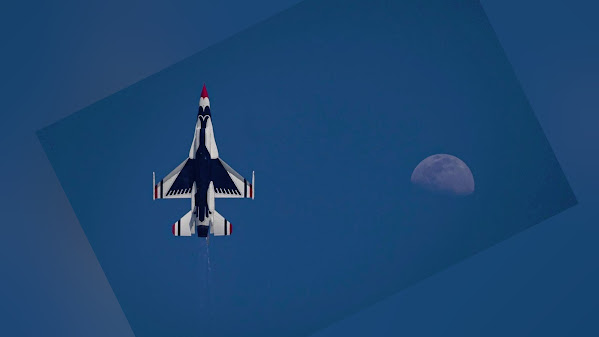 Warning . . . This quick news blast is filled with mostly nice & community focused news that we thought was a good way to kick-off this end of Summer weekend.

Kansas City Irish Fest Returns To Crown Center This Weekend. Here's What You Can Expect

This story was first published in KCUR's Creative Adventure newsletter. You can sign up to receive stories like this in your inbox every Tuesday. Labor Day weekend marks the end of summer, and with it comes Kansas City's annual Irish Fest , Friday, Sept. 3 through Sunday, Sept. 5 at Crown Center.


Here's what to expect at this weekend's Garmin KC Air Show

The Garmin KC Air Show takes off Saturday and Sunday. The show has got about 30 performers, dozens of displays on the ground, food, vendors, and fun. This is a chance to see some of the best pilots in the world. They include the Air Force Thunder birds, the U.S.

KANSAS CITY, Mo. - Maj. Lauren Schlichting's journey to becoming a pilot with the U.S. Air Force's Thunderbirds started when she was still in school. Schlichting, who's served in the Air Force for 10 years, was inspired to fly when astronauts visited her school.

About one-third of Americans are expected to travel over the Labor Day weekend, according to AAA. Of those travelers, AAA estimates 82% of them will be driving. Preston George said he is making a short trip to Blue Springs to go fishing.

RIVERSIDE, Mo. - Three days a week, the line is out the door at Mimi's Pantry in Riverside. Even though the pantry gives each client a specific "shopping" time slot, the line always forms early.

By Max Goodwin For one Saturday, on the football field at Ruskin High School, a rivalry was renewed. The battles between Ruskin and Hickman Mills High School once ignited the football season and brought school pride for the winner each year.


In Its 30th Year, Waldo's Fall Festival is Bigger and Better Than Ever - In Kansas City

Sponsored Content While cool breezes and vibrant colors of yellow, orange, and red leaves signal autumn is at Kansas City's doorstep, do Kansas Citians really need any other clue that the season of falling leaves, pumpkins, and apple spice has arrived other than the Waldo Fall Festival?

KANSAS CITY, Mo. - The 2022 Garmin KC Air Show will pay tribute to the 75th anniversary of the United States Air Force. It officially became a separate branch of the U.S. Armed Forces on Sept. 18, 1947. But the history of aircraft in the U.S.


Behold the 'real baba' at this new Overland Park restaurant

Baba ganoush is made from roasted eggplant, but it tends to be creamy and beige. The "real baba'' at Hummus and Pita (8039 Santa Fe Drive, Overland Park) is a different beast altogether.


The game of cricket is major deal in Minor Park

"Let's go boys! Looking good. Two! Two! Two!" During a recent Midwest Cricket League game at Minor Park, players dressed in traditional all-white uniforms sat on the bleachers and yelled encouragements to teammates on the field, practiced hitting a red leather ball behind the bleachers, and occasionally thwacked their willow wood bats with a mallet to create a sweet spot for a more powerful hit.

KANSAS CITY, Mo. - Collectors and fans of the Funko Pop! series of vinyl figures will soon have two new Kansas City Chiefs figures to add to their collection. In September, a special edition of quarterback Patrick Mahomes featuring his trading card will become available.

KANSAS CITY, Mo. - Sgt. Bobbie King loves serving the community with the Kansas City, Missouri, Police Department. In October 2021, King arrested a suspect accused of killing a man and nearly killing an elderly woman. For her efforts, King was recognized and traded her police uniform for pilot gear for a day.