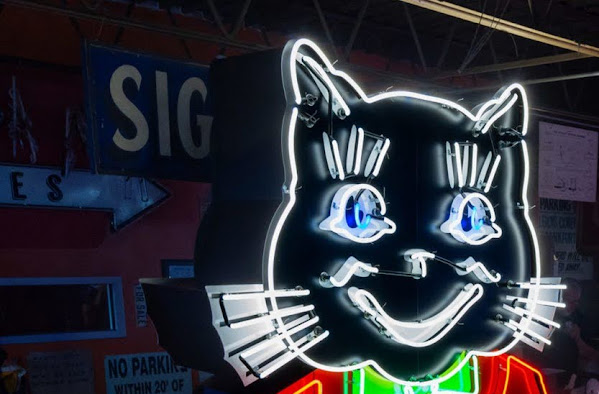 Check this tribute to Kansas City history and hope that a downtown development can return us to the glory days of this cowtown.

At its peak, Katz Drug Store operated 65 stores in five states. The business was founded in 1914 by brothers Ike and Mike Katz. Their first two stores opened in downtown Kansas City.

Probably their most well-known location was an art deco building with a prominent clock tower at Main Street and Westport Road. That former Katz is being renovated currently as part of an apartment development.

Vedros said his LUMI neon museum plan, which he started pursuing in 2017, is doing well and he’s excited to be part of the Pennway Point plan.

The Pennway Point plan calls for an 80-foot “neon alley” where the LUMI sign collection will be displayed on the sides of two buildings. Signs also will be installed throughout the development and Vedros hopes the tall Katz sign will be at its center.

A 10-foot tall replica of the Katz sign, fashioned by Lee's Summit-based Fossil Forge, is slated for the planned Pennway Point downtown entertainment district. The project near Union Station is also expected to include a Ferris wheel, microbrewery and other recreational activities.