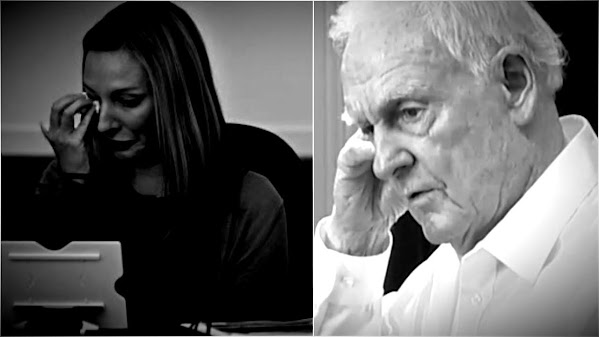 Coverage of this tragic episode in Kansas City's history is improving.

Here's an objectively worthwhile passage that stands out . . .

"Someone just shot and killed my husband in our front yard," the 911 call from that day played out loud in court.

The defense refuted the state’s case, saying that's not Jungerman's van. They also challenged an audio recording where prosecutors said Jungerman can be heard saying, “I killed that son of a b****.”

It's an audio recording that Jungerman's lawyers said is incomplete.

"You know what's wrong with that report? Twenty-eight minutes are missing; 25% of that recording is not there," the defense said.

KANSAS CITY, Mo. - Five years after a Brookside lawyer was gunned down in his front yard, the trial begins for 84-year-old suspect David Jungerman. In emotional testimony Tuesday, Tom Pickert's widow recalled hearing the gunshot then finding her husband dead.

Dr. Emily Riegel was in her bathroom getting ready for work in her family's Brookside home about 8 a.m. on Oct. 25, 2017, as her husband, Tom Pickert was finishing breakfast with their two sons and rounding them up for school.

Opening statements took place on Tuesday in the first-degree murder and armed criminal action trial of David Jungerman.The millionaire Raytown resident is accused of killing Kansas City attorney Tom Pickert outside Pickert's Brookside home in 2017.During opening statements, attorney Tim Dollar, working on behalf of the Jackson County prosecutor's office, played an audio recording of Jungerman bragging about the murder to his farmhand."The thing that sort of bothers me about me is that when I think about it, I grin.