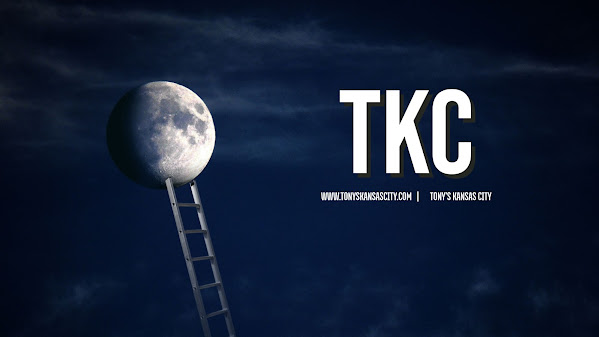 Right now, under the light of the full moon, we take another peek at the community news for night owls, insomniacs, early birds and all manner of beloved readers.

KANSAS CITY, Kan. - Worlds collide for sports fans and perhaps bettors this weekend in Kansas. It's of course the start of the NFL season with the Chiefs kicking off against the Arizona Cardinals and the first legal bets on Chiefs games. But it's also race weekend at Kansas Speedway.

Over 130 local artists will flock to Westport this weekend for Art Westport. For the 42nd year, Westport will shut down the roads for you to see countless art booths and tents over Westport's streets and businesses. From paintings and sculptures to glasswork and jewelry, Kansas City's local arts scene will be on full display from Friday through Sunday.

The 2022 Art in the Loop Art Walk will take place from 5:30-8 p.m. on Wednesday, Sept. 14. The public is invited to join the project artists, planners, and others as we ride KC Streetcar and walk to 6 different streetcar stops. At each stop the artists will talk about their work.

KANSAS CITY, Mo. - Four Kansas City-area children's book authors have their own stories about how they got into reading. For Crystal Everett, it started young. "I got into reading from a very early age," Everett said. "I was the kid who would try to read in the dark and just have books on books on books."


Thousands of NASCAR fans in KC metro for weekend races

The NASCAR Cup Series opens Friday at the Kansas Speedway. Thousands of fans from around the Midwest are gathering in Kansas City, Kansas."I'm just a big fan of the sport, so it's just really cool to come and see the cars and it's just a lot different in person," said Mitchell Niemeyer, a NASCAR fan from Minnesota.The Kansas Speedway is the closest track to the Niemeyer family.

KANSAS CITY, Mo. - Traffic headaches may follow drivers into the weekend, but should clear up by Sunday. In Independence, crews plan to close the ramp from eastbound Interstate 70 to southbound Interstate 470. The closure will allow crews to make pavement repairs to the area.

HIGH SCHOOL IS CELEBRATING ITS 100TH ANNIVERSARY. KMBC NINE IS JACKSON KURTZ IS LIVE FROM A TAILGATE PRIOR TO THE SCHOOL'S HOMECOMING FOOTBALL GAME IN JACKSON, THE CELEBRATION LASTS ALL WEEKEND LONG. ALL WEEKEND LONG. IT'S NOTHING BUT A GOOD TIME HERE. WE HAD THE PARADE EARLIER.

KANSAS CITY, Mo. - Fans won't have to wait "forever after all," Luke Combs is set to play at GEHA Field at Arrowhead Stadium on June 10, 2023. Joined by Riley Green, Lainey Wilson, Flatland Cavalry and Brent Cobb, next summer will be Combs' first performance at the stadium.

Editor's note: This story is part of a series from Startland News highlighting entrepreneurs, businesses, and creators leading revitalization and redevelopment efforts in and around the historic 18th and Vine Jazz District. Click here to read additional stories from this series.

We've made it, Chiefs Kingdom. The season opener is upon us. The Chiefs play the Cardinals in Arizona on Sunday. KMBC 9 stopped by at a Red Friday celebration in Zona Rosa where there was no question that fans are ready for football.

Joey Wentz, who graduated from Shawnee Mission East in the Kansas City area tossed 6 2⁄ 3 innings of shutout ball in a 10-2 blowout win for the Tigers. Royals starter Daniel Lynch has had mixed results over the last month, and after a clean first inning, was rocked in the second in a 31-pitch inning.