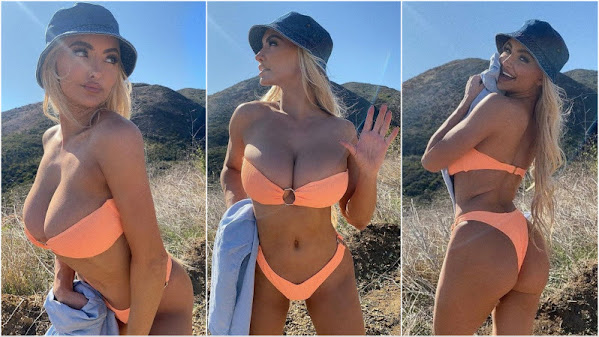 The market is tanking, the politicos are fighting and right now hottie Lindsey inspires our peek at pop culture, community news and top headlines.


Double Take To Save Earth?!?

When Kansas City designed a climate plan, its hands were tied by a 2021 Missouri law

The Kansas City Council in late August passed a climate plan intended to drive the city toward a more sustainable future, with goals of becoming "climate neutral" by 2040. Stakeholders from the community worked Kansas City's 133-page Climate Protection and Resiliency Plan for two years, but it was adopted not as a set policy for the city to follow, but as a road map.

Double-ejection after KCK police chase ends with crash in KCMO

KANSAS CITY (KCTV) - A police chase that began in Kansas City, KS, early Tuesday morning ended with a serious crash along the interstate in Kansas City, MO. The chase began in KCK before crossing the state line and ending in a rollover crash near Interstate 70 and Prospect Avenue around 3:30 a.m.

KANSAS CITY, Mo. - A Kansas City man is restoring headstones for veterans buried at Elmwood Cemetery in Kansas City, Missouri. There are more than 30,000 plots at Elmwood, a place rich in history. Among those buried there is James McGee, a veteran of the War of 1812.

KANSAS CITY, Mo. - Overland Park's City Council passed the 2023 budget Monday night. According to a release from the city, the budget maintains the city's current property tax rate of 14.578 mills. The city predicts assessed valuation for properties to grow by 10%, generating an additional six million dollars in property tax revenue.

LOS ANGELES - After winning the Outstanding Lead Actor in a Comedy Series award for his performance as Ted Lasso at the 2022 Primetime Emmy Awards, Jason Sudeikis shouted out his hometown and the influence it had on the show.

An American bikini model has revealed the way she deals with abusive and sexist online trolls. Lindsey Pelas, 31, has more than 8.6 million followers on Instagram, where she posts racy snaps of herself in lingerie and swimwear.

President Joe Biden said Monday said if Democrats lose Congress after the upcoming midterm elections, it's going to be a "difficult two years," and he's going to be spending a lot of time "with the veto pen."

More than 30 people associated with former President Donald Trump and alleged efforts to influence the 2020 election results have received federal grand jury subpoenas, four sources told CBS News. The subpoenas, some of which were issued last week, mark a significant escalation in the Justice Department's investigation into origins of the Jan.

ZOLOCHIV, Ukraine, Sept 13 (Reuters) - Ukraine's President Volodymyr Zelenskiy is calling on the West to speed up deliveries of weapons systems as Ukrainian troops move to consolidate control over a large swathe of northeastern territory seized back from Russia.

"This is a tale of two houses," said Rep. Jared Huffman (D-Calif.), slamming Schumer and Manchin's agreement to take up permitting reform in exchange for his vote on the party-line bill as a "sleazy backroom deal."

Americans' concern about COVID-19 is at a low point as many move on from the pandemic even with the virus continuing to circulate, a new survey finds. The latest Axios-Ipsos Coronavirus Index released Tuesday found that views about mask wearing and concern about community spread of the virus have both dipped.

Seoul says N. Korea will self-destruct if it uses nukes

King Charles III and his wife Camilla, the Queen Consort, arrived in Northern Ireland on Tuesday, as thousands of people continue to file past the Queen's coffin lying in state in Edinburgh.

Megan Fox sparks rumors she got her breast implants redone

Megan Fox fans are speculating that she had her breast implants redone after new photos emerged from Beyoncé's 41st birthday. In the snaps, the actress, 36, rocked a sparkly silver bra top that showed off her ample cleavage. Several social media users noted that the top appeared to highlight her seemingly enhanced chest, writing things like, "New boobs ?

5 things we learned in the Chiefs' victory over the Cardinals

On Sunday afternoon, the Kansas City Chiefs opened their 2022 regular season campaign with a resounding 44-21 road victory over the Arizona Cardinals . Here are five things we learned from the game: Sunday's performance in Arizona was a clinic on how to run the West Coast offense, which places an emphasis on short to intermediate horizontal passing concepts.

KANSAS CITY, Mo. - As Spectrum is seeking field technicians for the Kansas City service area, the company is hosting a national hiring event. Spectrum announced that the company is scheduling virtual interviews for Sept. 15 and will make same-day offers for these openings.

TOPEKA - Mobile platforms for legal sports gambling in Kansas proved so enticing that more than 16,000 people in Missouri tried to place wagers during the first weekend of live betting. As those cross-border residents discovered, many of whom were located in Kansas City, Missouri, the gambling law established by Kansas required a person to be somewhere within the state's 82,000-square-mile domain to place an online bet.

Steve Vai and Hydra. // Photo by Larry DiMarzio Legendary guitarist Steve Vai, best known for hits like For the Love of God and Tender Surrender, is making his way to Kansas City's Uptown Theater Nov. 20. The Inviolate Tour kicks off Sept.

Hide Transcript Show Transcript DO THIS IN ANY -- NICK: THIS TIME OF THE YEAR, THINGS START TO COOL OFF. MORNING WAS AND AFTERNOON HIGHS AND COOL OFF. UPPER 80'S AND LOW 90'S AND YOU WILL FEEL THE DIFFERENCE. 61 DEGREES THIS MORNING.

BRELAND - For What It's Worth is the song of the day and this is the OPEN THREAD for right now.