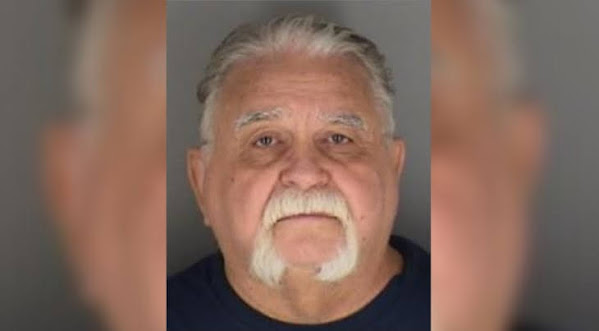 We catch up on local crime reports in this post with sources across the metro.

And of course, we try to find a bit of good news at the end of the compilation.

KANSAS CITY, Mo. - Two years after 22-month-old Tyron Payton from Kansas City, Missouri, was fatally shot while inside a vehicle, the Kansas City Police Department is seeking the public's help. Wednesday morning, the toddler's mother, Juhna Payton, appeared at a press conference alongside her daughter, Aariyana Payton, and KCPD Sgt.

NORTH KANSAS CITY, Mo. - A student is in custody after a gun was found in their possession at North Kansas City High School on Wednesday In a letter sent home to parents, Principal Drew White said that another student reported the gun to a one of the security officers on campus.

OPINION AND COMMENTARY Now that former detective Roger Golubski has been arrested by the FBI and charged in federal court with six counts stemming from his alleged abuse and kidnapping of two Black women over several years, the absolutely essential next step for law enforcement officials in Kansas City, Kansas, is to launch a full-scale, no-exceptions review of every case that led to a conviction based on Golubski's police work or testimony.

A Kansas City man is accused of murder in a fatal shooting that unfolded last month in Kessler Park in the city's Pendleton Heights neighborhood. Thomas Graham, 44, is charged in Jackson County Circuit Court with second-degree murder and armed criminal action in the killing of 48-year-old Akil Collins, court records show.

KANSAS CITY, Mo. - A doctor admitted in federal court on Wednesday that he certified products and tests for thousands of Medicare and Medicaid patients in Missouri whom he never met. Oluwatobi Alabi Yerokun, 36, of Washington D.C., pleaded guilty to one count of conspiracy to make false statements related to health care matters.


Ex-employee sentenced for embezzling over $1M from Johnson County Court

A Kansas City landlord is accused of attacking his tenant with a wooden pole in the parking lot of a Sheffield neighborhood convenience store on Monday night. Authorities said the encounter landed both men in the hospital with serious injuries. Haidar Alkhuzaii, of Riverside, was charged Tuesday in Jackson County Circuit Court with first-degree assault and armed criminal action.

Early on, Munoz saw few Hispanics at KCPD and an even smaller number who spoke Spanish. That would explain how she ended up being the recorded voice on a cassette tape for the K-9 Unit that ordered suspects, in Spanish, to come out.