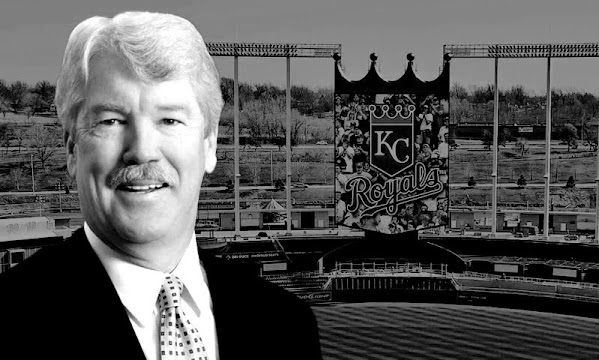 Locally . . . We're inspired to see some respect for a bold decision and a clear risk that could set the team back a few more years OR inspire renewed effort.

This passage from one of our favorite blogs sums up the current situation perfectly . . .

"On Wednesday afternoon, new Royals owner John Sherman showed us what kind of owner he will be by firing Moore after sixteen years as the head of the organization. It would have been easy for Sherman to keep Moore - he has a ring, respect around the game of baseball, a mountain of goodwill for his work in the Kansas City community. But Sherman showed he will not be a captive of nostalgia or satisfied with simply having an organization of good people that try their best."

On May 31, 2006, then-Royals owner David Glass introduced the man he hoped would lead his franchise of the cellar of baseball, a young executive from the Braves named Dayton Moore, a man with local ties who had at one time watched the Royals win the 1985 World Series from a view on I-70.