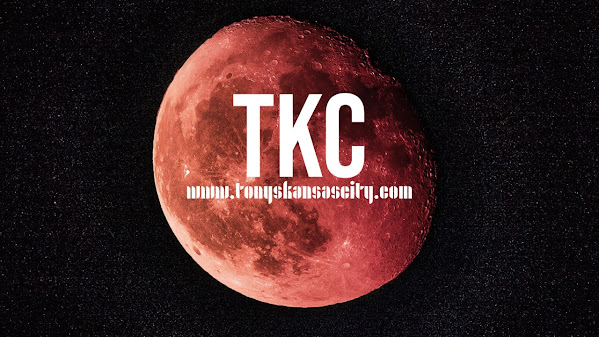 For insomniacs, night owls & early birds we share a few local tidbits that deserve a peek but might not be worthy of intense debate.

Still . . . We think these news items offer a better perspective on Kansas City.

KANSAS CITY, Mo. - Jason Sudeikis continues to represent the Kansas City area on the national stage. Sudeikis, a Shawnee Mission West graduate, won a Television Academy Emmy award on Monday night. He took home the award for outstanding lead actor in a comedy series for his role in the show Ted Lasso.


Hero Saves Doggie In The Dotte

A Lee's Summit woman is talking after spotting two large bobcats in her yard last week."I look over to the right of my yard and there's a ginormous bobcat standing there," Leah Marie said.

Courtesy Boulevard Brewing Co. Boulevard Brewing Company continues its KC Pils Partner Series with a second collaboration with the Veterans Community Project. Starting in November, Boulevard will donate a portion of proceeds from KC Pils' sales to the organization. Veterans Community Project, founded by a group of combat veterans in KCMO, is a 5013(c)(3) nonprofit organization that provides homeless and...

Her startup has outgrown its puppy phase; now's your chance to feed its potential

Startland News is continuing its "Fund Me, KC" series to highlight area entrepreneurs' efforts to accelerate their businesses or lend a helping hand to others. This is an opportunity for business owners and innovators - like Jonaie Johnson's effort to publicly launch the highly-anticipated PlayTach smart dog crate attachment by Interplay - to share their crowdfunding stories and potentially gain backing from new supporters.

Kate Frick. // Photo by Destiny Frack Many people who work in the food and cocktail industries follow Family Circus-esque routes to reach their payoff. A stop off here-a quick pause there-spinning their wheels a bit in something completely off the path, but ultimately getting where they need to be.

About 15 south Kansas City nonprofits, churches and businesses united on Sunday, August 21, to give essential items to families in the Hickman Mills School District who were headed back to school. The event was the annual Because We Care Back to School Community Give Away.

Support for Kansas City Current continues to grow, as they rank first in NWSL standings

For the first time in its nearly two-year history, the Kansas City Current is on top of the National Women's Soccer League standings. They are riding a 13-match unbeaten streak. This comes as the team is preparing to break ground on a new stadium in Berkley Riverfront Park.

KANSAS CITY, Mo. - HappyBottoms hosted its second annual Diaper Bowl in Kansas City, Missouri, with 100% of the proceeds going toward getting diapers to families that need them. HappyBottoms provides a monthly supply of 50 diapers or 30 training pants to children in need through over 60 social service agency sites.

After cool start, highs warm into the upper 80s Tuesday

Hide Transcript Show Transcript IT DOES NOT LOOK LIKE WE HAVE A PATTERN THAT WILL COOPERATE ANY TIMES IN. THE NEXT HOUR WE WILL BE DOWN TO 79 DEGREES WITH A DROP-OFF IN RIGHT AIR. WE WILL HAVE A DEEP DISSENT IF YOU WILL. BY 10:00 DOWN TO 67 DEGREES.