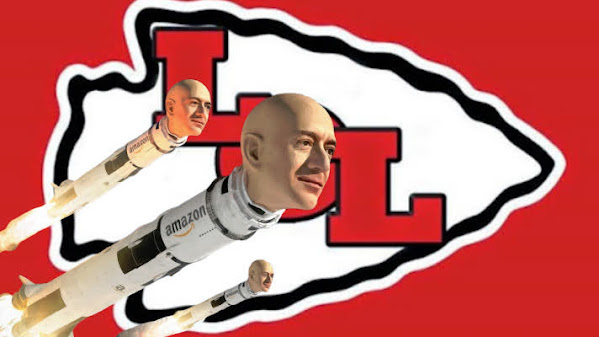 Sorry for the skepticism but only this dumbass town would celebrate a dude worth more than the entire stadium who owns a monopoly that's pretty much killing the American economy in service of cheap-ass Chinese junk.

Here's the local love for the proud owner of a dick rocket fleet .  . .

"Amazon founder Jeff Bezos is in the house and chopping it up on the sidelines with fans, celebrities and players ahead of the game. KSHB-TV’s Aaron Ladd captured a photo of him taking a picture and signing autographs with some fans."