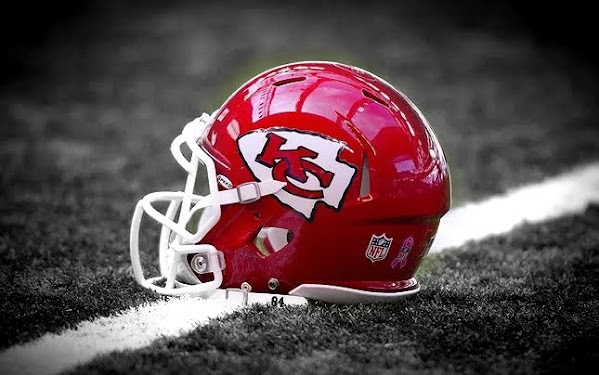 Once again the iconography of the Kansas City Chiefs is taken to task as football season culture war restarts.

As always, we contend that cowpokes are too quick to dismiss this criticism as effete academic jargon and might not realize that international marketing considerations determined by elites have far more impact on the team's bottom line than opinions of tailgating d-bags in between burps.

Accordingly . . . We give the latest argument the consideration it deserves.

"A musical artist who wears a traditional Indigenous headdress for a performance simply for the aesthetic. This is deemed cultural appropriation, the thoughtless use of and disregard for a mearningful symbol reserved for those who have earned it. But when this act is juxtaposed with the "Chief Wahoo" mascot long used by the team formerly known as the Cleveland Indians or the Kansas City Chiefs players regularly donning helmets adorned with pictures of arrowheads, the adoption of these manufactured symbols that are reproduced over and over again convey far more. And because of that, they cause more damage.

"These pseudo representations of Indigenous Peoples in professional sports, consumer branding and the entertainment industry aren't cultural appropriation, but actually much closer to a form of trophy taking that I refer to as cultural taxidermy."

Here's an important point about why locals might feel an affinity for Chiefs branding beyond nostalgia:

"These representations that make up cultural taxidermy were never meant for Indigenous peoples or to benefit or honor them; it was a story about them — told by and for settlers.The Kansas City Chiefs and their distinct arrowhead logo weren't designed to attract an Indigenous audience to the stands."

"Cultural taxidermy has a powerful subtext, particularly when it's flaunted so openly in the public with impunity; it is a tacit statement about power to both the culture displayed and the exhibitor."

The conclusion and why it's clear that the branding of the Kansas City Chiefs now exists on borrowed time . . .

"Each instance of cultural taxidermy put on display echoes the colonial power structure, tantamount to parading enemies of the state through the streets as a reminder to not step out of line again. This is why removing existing examples of cultural taxidermy from the shared cultural landscape needs to be thought of as a priority on par with the ongoing removal of  Confederate monuments tacitly celebrating slavery-era politics."

Cultural taxidermy, not appropriation: the trophies in sports no one wants to talk about

With a new NFL season upon us the trophy hunt begins again; but what about the league's other trophies, the ones with a dark past that people are more reticent to discuss? Taxidermy conjures up images of mounted deer heads over fireplaces . . . One hardly thinks of sports teams or car manufacturers.