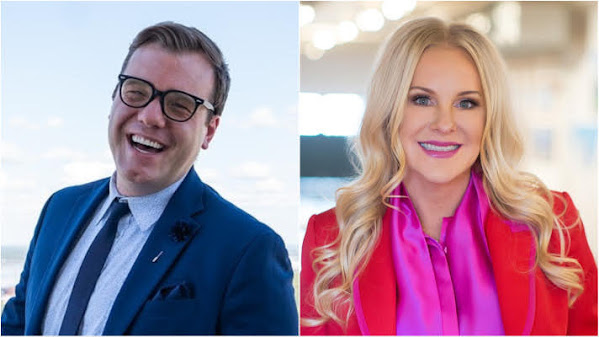 Right now we have a quick peek at the political future of Kansas City whilst Dave Helling is still figuring out what he's going to have for lunch . . . TKC is thinking tuna melt because I don't have to work around anybody.

Here's something to consider about a political rookie earning a boost from local construction money power players . . .

KICK-ASS TKC INSIDERS TELLS US THE GARNEY FAM WILL PARTY WITH JUSTIN SHORT AT HIS UPCOMING FUNDRAISER!!!

That's the same Garney fam who owns a construction empire . . . And, interestingly, this includes Lisa Garney who was part of an EPIC beef with local unions over an airport contract.

Justin Short is a denizen of the LGBT community but he's a bit less militant than some of his colleagues and that has worked to his advantage.

As a hopeful political rookie his optimism has inspired quite a few locals including former Mayor Kay who offered him an early endorsement.

Given that he has even more power player support . . . We think it's time for locals to start taking his campaign seriously.