The surprisingly violent and deadly streets of Kansas City have thwarted the rise of nationwide hip-hop success.

Of course Tech N9ne is the exception that proves the rule but his uncommon talent has undoubtedly helped him to cross genres, remain above the fray and evolve past his gangsta rap roots.

The international fame of a rapper like Nelly repping STL and the vibrant scene he helped to establish has never materialized for KCMO despite a great many impressive contenders with promising careers.

The video essay author offers a great level of detail and even delves into the Mac Dre vs. Fat Tone deadly beef that stunted the local rap scene.

For music fans in general this is a big deal because R&B/Hip-Hop remain the most popular musical genre in the U.S. according to somewhat recent Billboard research.

Think about the big picture impact of this trend . . .

Creative and cultural expression in Kansas City has been limited because of rampant violence. That can't be a good thing for residents when deadly crime impacts our community so deeply that not even one of the most popular forms of musical art in the world can thrive in our town.

There's a debate that deserves to be considered regarding the merits of many forms of hip-hop and what locals can do to EVOLVE beyond gang-affiliated rap that's predestined to bring trouble to any participants.

We don't think that the future of KC hip-hop is a bunch of Lil Nas X clones running around town in pink cowboy hats . . . Even if that would be hilarious. 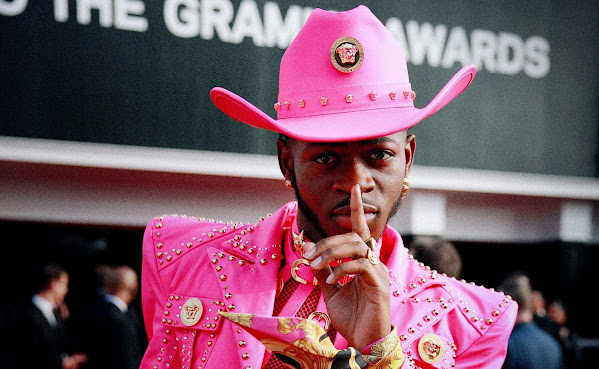 There are, in fact, a great many viable local urban alternatives to gangsta/street/gang rap but they don't often earn a chance to shine given that rampant violence doesn't provide a fertile ground for any creative expression and local owners of venues are justifiably scared of taking a risk on these acts.

In this age of social media and digital forums . . . We've yet to see the Kansas City hip-hop scene rise to the occasion and overcome increasingly violent & deadly circumstances on local streets.

Old codgers and the tone deaf might write off these concerns but it's our contention that AUTHENTIC ART & CULTURE can do more to uplift a community than any politico or activist.

And so this dilemma becomes increasingly important when we consider challenges and dangers confronting homegrown urban artists.

Here's the video we were reverencing via www.TonysKansasCity.com embed for further edification . . .