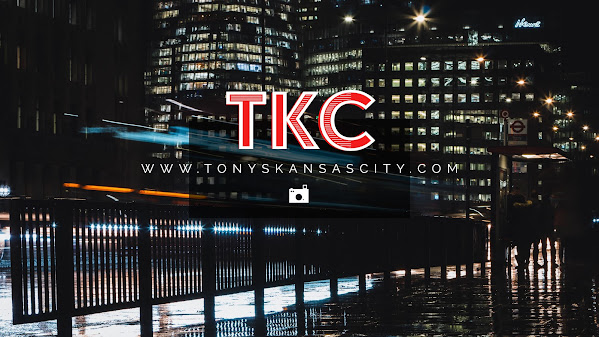 
NextGen Never Votes Until They're Oldsters

curiousKC | Call for Questions About How Youth Are Engaging in Politics

Future Country Club Plaza buildings seeking height variances may face significantly less wiggle room, thanks to a proposed policy from a familiar alliance of stakeholders. An ordinance would amend the Plaza Bowl Overlay District to stipulate, "In no event shall the City Council grant a (building height) deviation in excess of the lesser of 10% of the height limitations set forth in this ordinance, or six feet, or which shall add any occupiable floor space."

LAWRENCE, Kansas - Lawmakers have made a proposal to voters in Kansas: Give us more power. Take away clout from the governor. A proposed amendment to the Kansas Constitution would create a legislative veto - effectively giving the right to lawmakers to cancel regulations imposed by state agencies even when those rules put into practice the laws passed by the Legislature.

KANSAS CITY, Mo. - The Overland Park City Council voted unanimously Monday night to prohibit "nuisance parties" that feature lewd and illegal behavior. The ordinance defines a "nuisance party" as a social gathering with five or more people on residential property that results in a myriad of activities occurring at the site of the gathering, on a neighboring property or an adjacent public street.

Her parents have been embroiled in controversy as they have both opted to date suitors much younger than them post-split. And it certainly looks like Addison Rae is trying to put the drama behind her. The 21-year-old TikTok star showcased her derriere in a series of racy snaps posted onto her Instagram on Sunday.

Critics flood Twitter after Biden declares COVID-19 pandemic is over: 'Irresponsible and misleading'

President Biden claimed the COVID-19 pandemic is "over" during an interview with CBS' "60 Minutes" on Sunday, sparking intense backlash from both conservative and liberal voices across social media who called out his administration's recent mixed messaging. "The pandemic is over.

Biden Says the Pandemic Is Over. But at Least 400 People Are Dying Daily.

The president made the remark in an interview that aired on CBS's "60 Minutes" on Sunday night. By Monday, the backlash was in full swing. Send any friend a story As a subscriber, you have 10 gift articles to give each month. Anyone can read what you share.

Top Republicans, who were already skeptical about approving more Covid-19 relief money, said Monday that President Joe Biden's comments that the "pandemic is over" essentially shuts the door on the slim chances of more money getting approved.

Donald Trump made one of his highest-profile embraces to date of the extremist conspiracy group QAnon at a political rally in Ohio on Saturday, making the apparently deliberate choice to play music that is virtually indistinguishable from the cult organization's adopted anthem.

Ken Burns: 'We're in perhaps the most difficult crisis in the history of America'

en Burns is driving in heavy traffic, trying to get from New York, where he was born, to New Hampshire, where he lives and works in bucolic splendour. He made the move in 1979, not to service a grand masterplan but out of financial desperation.

Biden leaves no doubt: 'Strategic ambiguity' toward Taiwan is dead

Biden's assertion reflects his administration's recognition that the U.S. must apply a more robust deterrence to Beijing given its worsening military intimidation of Taiwan. That harassment is rooted in China's concerns that the island is on an irreversible course toward independence.

More than 1,600 books were banned in over 5,000 schools during the last school year, with most of the bans targeting titles related to the LGBTQ community or race and racism, according to a new report.


South Of The Border Cursed

By Laurence Peter BBC News One of Russia's most popular singers, Alla Pugacheva, has called on the Russian authorities to declare her a "foreign agent", in solidarity with her strongly anti-war husband Maxim Galkin. A showbiz star too, he was labelled a "foreign agent" on Friday after condemning Russia's attack on Ukraine.

A shocking email sent out to remind workers to hand in their timesheets has spread like wildfire across the internet after it was shared by an outraged Reddit user. The email, sent to a company's entire complement of staff, carried the slogan "if you want me to pay, you know what you have to do".

KANSAS CITY, Mo. - It may not feel like it but by the end of the week it will officially be fall. The leaves will soon start changing colors, Halloween decorations are already being put up and soon it will be time to bring out the apple cider and have a warm bowl of chili.

Kansas City Chiefs kicker Harrison Butker did not play in the team's 27-24 win over the Los Angeles Chargers on Thursday Night Football. Butker injured his left ankle in the team's Week 1 game against the Arizona Cardinals.

Oppressive heat will be overhead again Tuesday. The high will be close to breaking a record in the mid to upper 90s. The heat index will easily climb to triple digits for most of us. A strong cold front will move through starting late Wednesday, bringing with it some showers and perhaps a thunderstorm along with below normal temperatures.