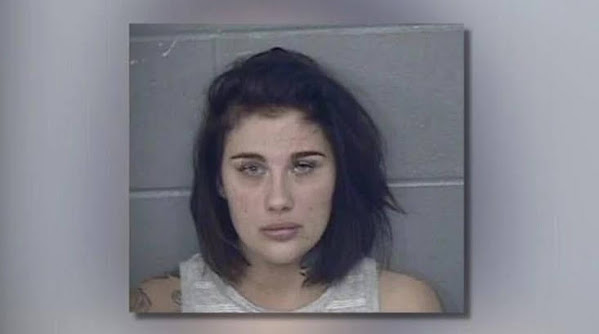 Credit to KCTV5 for posting the pouty mugshot . . . Here's the statement released by the prosecutor's office:

A 27-year-old Wisconsin woman has been charged with two felonies in connection with the crash Aug. 27, 2022, that killed a bicyclist, a father of 10, near Longview Lake and View High Drive, Jackson County Prosecutor Jean Peters Baker announced today.

Kyrie Fields, dob: 3/33/1995, faces Leaving The Scene of an Accident -- Accident Resulting in Death and Tampering With a Motor Vehicle 1st Degree.*

According to court records filed today, Kansas City police responded on Aug. 27, 2022, to a fatal hit and run crash involving a bicycle. Officers found the victim who had been struck by a vehicle. Vehicle parts were found at the scene. The investigation determined that a white Acura MDX was the vehicle involved. A white Acura MDX was soon recovered by the Grandview Police Department.  The vehicle had been set on fire on Aug. 28, 2022. Police matched parts recovered at the scene to the burned vehicle. Detectives also determined the defendant, Kyrie Fields, had been driving the vehicle. The defendant told police she was driving the vehicle at the time of the crash. She was texting a friend, then she took her eyes of the roadway and when she looked up she struck the victim on his bicycle.

This case remains under review. Prosecutors requested a $100,000 bond.