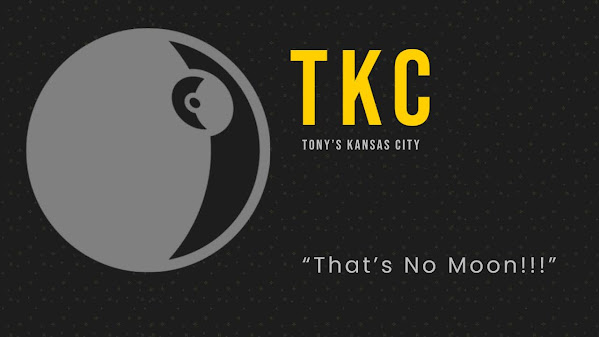 For our late night lurkers, insomniacs or early birds . . .

Here's a quick local glimpse at the nicer side of our discourse for those who need a bit of a break form our regularly scheduled doomscroll.

This overnight post hopes to inspire or blog community to remember that, all things considered, this cowtown is actually a pretty nice place.


'It's given so many people a place to grieve': KCAC hosts suicide prevention awareness event

KANSAS CITY, Mo. - September is Suicide Prevention Awareness Month. In hopes to bring light to the issue, the Kansas City Artists Coalition is hosting an event called "Words Save Lives." Words Save Lives is a Kansas-wide event founded in 2013 by Marcia Epstein, that serves as a platform for artists who have been impacted by suicide.


With flag that's traveled across US, group honors KC veteran who died by suicide

KANSAS CITY, Mo. - The Flags of Honor ride made its way to Terrace Park Cemetery in Kansas City, raising awareness about veteran suicide along the way. The nonprofit "Ride for 22" honored a local family Tuesday. Ride for 22 shines a light on the average number of veterans who die by suicide.

KANSAS CITY, Mo. - A recent collaboration between KSHB 41 and the Harvesters Community Food Network will provide nearly 58,500 meals to Kansas City families in need. Last week, KSHB 41 and Harvesters launched the 2022 Fill the Fridge campaign, with members of the community and KSHB 41 News viewers pitching in to make online donations.

From seafood to barbecue to vegan eats, you can score deals on all of it this week. KMBC 9 stopped by two restaurants taking part in Kansas City Black Restaurant Week to find out how you can save while supporting local businesses."Our most popular is the shrimp and chicken pasta," said Kiraameen Khalifah, the owner of District Fish and Pasta House.

New Mediterranean restaurant Hummus and Pita has officially opened in downtown Overland Park. Where exactly? Located at 8039 Santa Fe Drive, the restaurant celebrated its grand opening this summer in the space that had been previously occupied by Snack Shack. Snack Shack moved to downtown Missio ...

By Kathy Feist Grandview will receive $4.6 million in federal funding to expand Blue Ridge Boulevard. from Grandview Road to Prospect, or the city limits. The funding was announced by U.S. House Rep. Emanuel Cleaver during a special August 24 meeting at Grandview's City Hall.

Nearly 550 youth ages 11-18 took the 'Volunteer for 15' pledge to volunteer 15 hours this summer in communities across Kansas City and the entire United states. In total, Patrick Mahomes's charity foundation says that the program produced 12,844 volunteer hours between June 1 and Aug.


Meet the race team at UMKC

Hide Transcript Show Transcript COMPETES AGAINST OTHER UNIVERSITIES KAREN KORNACKI TAKES US INSIDE THEIR WORKSHOP. MAKE THE RACE TEAM AT UMKC MOST OF THEM STUDY MECHANICAL ENGINEERING AND TOGETHER. THEY'VE BUILT A BAJA BUGGY TO COMPETE WITH THE OTHER COLLEGE TEAMS AROUND THE WORLD.

Stanley Crouch, 1992 (photo by Martine Bisagni) The late cultural critic Stanley Crouch was an irascible provocateur known as much for his intellectual jousting and contrariness as for the elegance and verbal horsepower of his written voice.

Work could begin this year on philanthropist and developer Shirley Helzberg's plan to renovate two historic Film Row buildings into office space and create a "leafy oasis" on what's now a parking lot at 18th Street and Baltimore Avenue.

KANSAS CITY, Mo. - One man is leading the charge to change the conversation surrounding the narrative of the east side of Kansas City, Missouri. After a goal, over a cup of coffee, or during a car repair, KCPD Ofc. Edwin Gordillo wants to chat with the east side of KCMO.

Hopefully, well have more for the morning update . . . STAY TUNED!!!