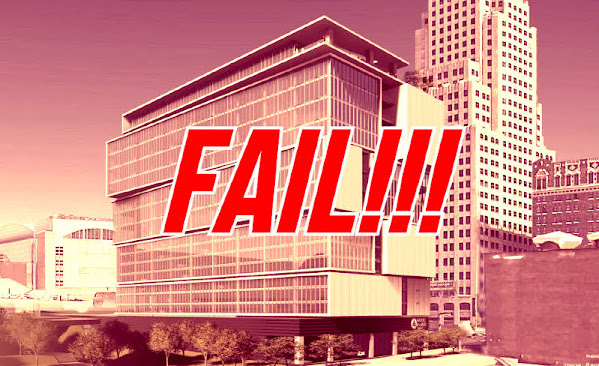 Don't worry . . . A great deal of taxpayer largess and subsidy for this doomed project will be either omitted or downplayed by our local journalists.

"Missouri granted Waddell & Reed $62 million in incentives to relocate from Overland Park and the Kansas City Council approved a 75% tax abatement for the tower over six years followed by a 37.5 abatement over nine years."

We're sure the insurance company was able to snag even better terms.

A quote stolen liberated from a hack real estate blog . . .

Officials at the health insurance firm, which employs 1,400 people in the metro, a mix of office and remote workers, described the decision to occupy the 18-story tower, rebranded 1400KC, as “serendipitous.”

“We have been a part of the Kansas City community for almost 85 years and are dedicated to being here for years to come,’ Erin Stucky, Blue KC president and CEO, said in a statement.