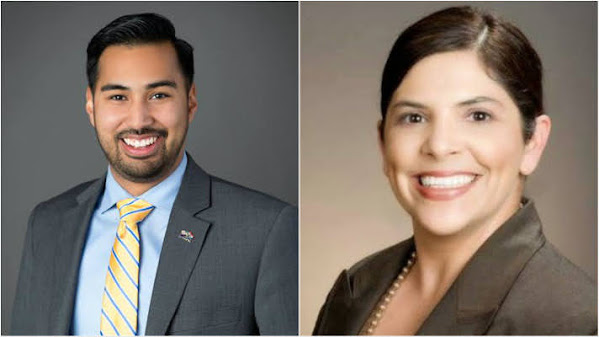 A few quick thoughts we want to share in the aftermath of the primary and because we have a few spare moments . . .

This post could save well-meaning white people a great deal of embarrassment along with helping to alleviate some of TKC's low grade headaches due to constant eye-rolling when listening to many (but not all) local progressives . . .

Again, Manny's achievement holds promise but it's not thanks to the "rise" of the Latino vote in Kansas City. In reality, KCMO is losing Latino population to places like Lee's Summit, the Northland and KCK. Neighborhoods like the Westside, Westport & even Northeast are no longer the sole Latino enclaves in the metro thanks to overall cultural assimilation and the abundance of cheap-ass apartments near all of the white women in Johnson County.

Low expectations are the key to local Latino power.

Manny doesn't have to do very much to exceed the legacy of former Latina Jackson County Legislator Theresa Garza Ruiz - Who didn't really speak Spanish, was mostly just a union rep. & wasn't able to build a viable political career after residency issues cancelled her council run.

In fact . . . Given rapidly changing times at the courthouse . . . If Manny can stay out of jail amid a new shift in courthouse power . . . He'll earn even more community admiration and might have a very bright future.

The feds are always watching the courthouse even if low rent politicos tend to forget this fact of life.

Manny's win is more important than so many minor league Latinos who are basically serving drinks and providing window dressing in suburban cities.

Looking at his campaign closely . . .

Still . . . Once again our progressive friends want to portray the election victory as part of the U.S. rise in Latino political power:

One last time for the record . . . Given that it was impossible NOT to notice how hard he campaigned, we think this is a more accurate statement . . .

Manny Abarca is an insider who has earned his latest victory with more than a decade of diligent work inside Kansas City's political scene and his years of dedication seem to have given him valuable experience that could translate into a worthwhile career in public service.