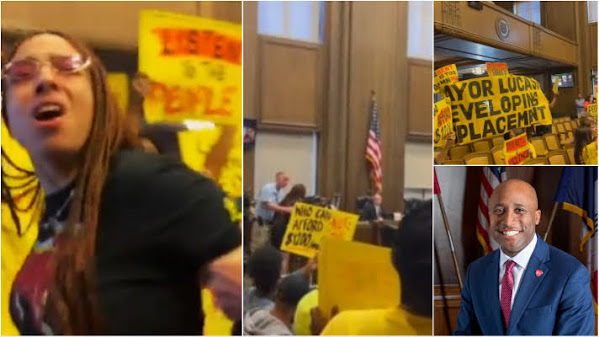 The political fallout persists and we notice a dearth of progressive sympathy for Mayor Q after he back-stabbed this town's 2nd favorite protesters.

In fairness . . . It might not matter given that KC Tenants are better at putting on a show than getting votes.

Their shows are pretty entertaining.

Now there is no longer a requirement to make 10% of new developments “extremely affordable” — meaning for households making 30% of the Kansas City area median income.

With the change, the only affordable housing restriction is that 20% of housing units now must be within reach for households making 60% of the median income — meaning $1,180 monthly rent for a one-bedroom apartment for two people.

The decision led to outrage at the City Council meeting, where a local housing advocacy leader was arrested.