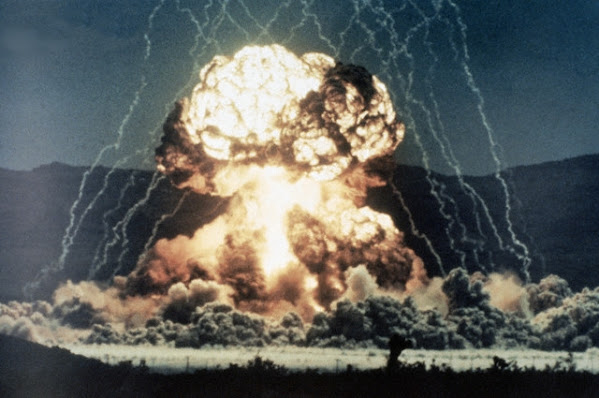 Here's the inside joke about Democracy that only TKC readers and hobos are brave enough to admit:

Nothing is final and everything is ALWAYS up for debate.

Accordingly . . . Thanks to some of the great thinkers who read our blog, here's the word . . .

TKC READERS EXPECT THE 'VALUE THEM BOTH' VOTE TO DISAPPOINT GIVEN ABORTION CRACKDOWN LEGAL MOVES UNDERWAY!!!

Of course your vote counts . . . Just maybe not to anybody but you.

Just in time for the midterms, progressives have signed up a bevy of new voters who are ready, willing and excited to join the eternal struggle against the American-middle-class.

And so . . . Given that the primary isn't really going to make anyone "happy" at the 3 A.M. witching hour when people contemplate their ultimate place in the universe . . . We share some primary links worth a peek amid this charade parade of election time progress.

WICHITA, Kansas -- On Tuesday, for the first time since the Supreme Court overturned Roe v. Wade, voters will weigh in directly on abortion in what both sides call a bellwether for the issue in post-Roe America. Kansas primary election ballots include a proposal to amend the state constitution to explicitly disavow the right to access abortion.

Axiom: If you have to ask then you can't afford it.

Do Missouri Democrats stand a chance in the U.S. Senate race?

Republicans have gotten most of the attention in the U.S. Senate primary in Missouri, but August 2 also has a competitive Democratic primary too. Plus, one candidate hopes he will become one of the few elected Hispanic officials in Jackson County.


"Heart of the Matter" explores ballot items you should know

Hide Transcript Show Transcript RACES AND ISSUES ON BALLOTS IN BOTH OUR STATES. SOME COULD HAVE AN IMMEDIATE IMPACT ON VOTERS INCLUDING A QUESTION IN KANSAS SURROUNDING WHAT'S KNOWN AS THE VALUE THAN BOTH AMENDMENT IF PASSED THE STATE CONSTITUTION WOULD BE AMENDED CHANGE TO ADD LANGUAGE EXPLICITLY REMOVING ABORTION PROTECTIONS A YES VOTE ALSO GIVES THE POWER TO STATE LAWMAKERS TO PASS NEW RESTRICTIONS ON ABORTION AND POTENTIALLY A BAN A NO-VOTE MAINTAINS THE LEGAL PRECEDENT THAT ABORTION IS CONSTITUTIONALLY PROTECTED IN KANSAS.

KANSAS CITY, Mo - Ahead of the August 2nd primaries, voters told KSHB 41 why it's important to head to the polls on election day. "So many of our ancestors died because they didn't have that right to vote, you know?" Missouri voter Deborah Holden-Johnson said. "Every little vote helps, no matter what."


Meet the Candidates: Eric Schmitt pulls ahead in the polls

TO SEE THAT STATISTICAL THREE-WAY TIE SOFTEN A BIT THE LATEST POLL FROM THE TRAFALGAR GROUP SHOWS, MISSOURI ATTORNEY GENERAL, ERIC. AND CONGRESSWOMAN VICKI HARTZLER PULLING AWAY FROM FORMER, MISSOURI, GOVERNOR ERIC GREITENS WITH UNDECIDED VOTERS LESS THAN FIVE POINTS BEHIND HIM.

KANSAS CITY, Mo. - With days to go until the Missouri primary, U.S. Senate party candidates are still introducing themselves to voters. "I'm Lucas Kunce, I'm a Marine veteran, 13 years [in] Iraq and Afghanistan," Kunce said. "I spent my entire life serving this country."

I'M CODY HOLYOKE. WE ARE LESS THAN 48 HOURS AHEAD OF POLLS OPENING ON TUESDAY FOR THE AUGUST PRIMARIES. ARE YOU READY? WE HOPE SO, BUT JUST IN CASE WE'LL CONTINUE OUR COMMITMENT 2022 PUSH GEARING YOU UP FOR IMPORTANT RACES AND ISSUES ON THE BALLOT IN KANSAS AND MISSOURI, YOU KNOW, WE HAVE SPENT A LOT OF TIME ON MISSOURI'S US SENATE RACE FOR GOOD REASON.

Republicans are making a final push to shut out former Missouri Gov. Eric Greitens in the state's closely watched GOP Senate primary, fearing that him clinching the GOP nomination on Tuesday could put an otherwise safe Republican seat at grave risk in November. In the final days before the Aug.


How Far Right Will Republican Primary Voters Go In Arizona And Missouri?

After taking a month off ( mostly), primary season is back in full force this Tuesday, Aug. 2. Voters in six states will choose candidates for the November elections, and there are so many compelling primaries that we're previewing them in two installments again.


U.S. Senate candidates campaign across Missouri as one unknown factor still hangs in the balance

WASHINGTON (Gray DC) - On Saturday Missouri Attorney General Eric Schmitt stood in front of a crowd of Republican supporters in Cape Girardeau, Missouri as he seeks a seat in the U.S. Senate. He's leading multiple polls in the crowded GOP field.

In conversations with about 45 Missourians across the state, mostly Republicans, some said they were sticking by Eric Greitens in the Republican Senate primary, and even those who weren't expressed skepticism about the allegations agains thim. But the majority said they had issues with the candidate.

Danielle Underwood was sidestepping the question. Underwood, director of communications for Kansans for Life, was a guest on "Up to Date," a morning talk show on KCUR, the public radio station in Kansas City, Missouri.


The Democrat Who Thinks He Can Win Back Missouri With Populism

For almost an hour, punctuated by my occasional question, Democrat Lucas Kunce hammered home the theme that animates his uphill Senate campaign-the economic "gutting" of his home state of Missouri by greedy corporations and their political enablers. Dressed in a black T-shirt, Kunce, a 39-year-old, Yale-educated Marine who served in Iraq and Afghanistan, radiated coiled energy as passion rose in his voice.


Get to know your Jackson County Executive candidates

The race for Jackson County Executive is shaping up as quite the marquee event. The Democratic incumbent is a former major league all-star, one Republican was part of the January 6 mob that stormed the capital and another, until recently, hadn't registered to vote.

Four weeks ago this news item ruined the surprise for anybody who REALLY understands how these things work . . .

OLATHE, Kan. (WDAF) - The election commissioner in Johnson County, Kansas says voter registration has gone up over the last week and a half. Fred Sherman normally said the August primary is reserved for the two main political parties to narrow down their candidates and decide who will face off in November's general election.


Missouri Election Day FAQ: What you need to know to make sure your vote counts

Missouri Independent screengrab Boone County sent out more than 100,000 sample ballots to prepare voters for Tuesday's primary election, and many were surprised at what they saw. "They weren't aware of redistricting happening," said Boone County Clerk Brianna Lennon. "So we had a lot of questions from people that were newly in the 3rd Congressional District that were expecting to...


A political scientist's case against voting

The message being bombarded at Americans today, by everyone from President Obama to Li'l Jon and Lena Dunham, is that you definitely, definitely need to go out and vote. Americans as a society have so internalized this message that voting's crucial importance is taken as a given; not voting is seen as something to be embarrassed about.