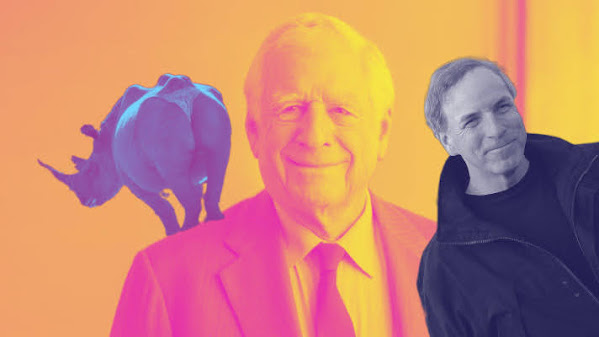 KANSAS CITY'S TOP CONSERVATIVE SCRIBE SEE A 'RINO IN THE WILD' AND SHARES A POLITE BUT POINTED CONVERSATION!!!

Here's a worthwhile passage and a link to the column in its entirety . . .

We had encountered a RINO in the wild, an agent sent to Missouri to subvert an election for reasons he could not begin to explain, let alone justify . . . I had no idea of the depth of Danforth’s deception. He has already spent millions of his own money on the campaign, and his PAC hopes to raise as much as $20 million before the election.

“We’re not in this to be a spoiler,” Danforth said in July. “That’s for sure. We’re in it to win it and I believe that we can win it.” Earth to Danforth: the charisma-challenged “commonsense conservative” Wood doesn’t have a chance to win. Nor is he going to break a sweat trying. Wood did not shake a single hand at our restaurant or pass out a single flier. This whole thing is a con, a grift, an embarrassment.

Sometimes stories just fall into your lap. On Tuesday morning, I was having breakfast with Michael Ryan, a former Kansas City Star reporter who is now executive editor of the Heartlander , a regional online publication.