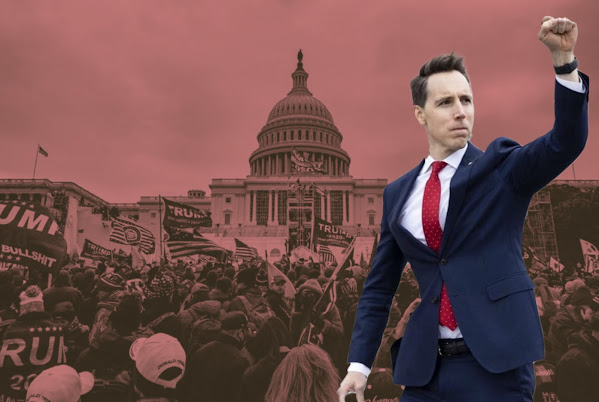 This MAGA sentiment didn't really garner any traction but it's worth considering tonight as the Missouri politicos seems to be in a bit of a slump.

Sen. Josh Hawley (R - Missouri) was the sole no vote.Hawley telegraphed his vote in a press release on Monday, in which he argued that while the two countries’ request was “entirely understandable given their location and security needs,” the United States couldn’t afford to come to their defense and also keep an eye on China and other interests in Asia.Hawley said the US needs to “do less in Europe (and elsewhere) in order to prioritize China and Asia.”

Hawley lone 'no' vote as US Senate votes 95-1 to approve Finland, Sweden request to join NATO

KANSAS CITY, Mo. - The US Senate voted nearly unanimously Wednesday - 95-1 - in approving a request from Finland and Sweden to join the North Atlantic Treaty Organization. Sen. Josh Hawley (R - Missouri) was the sole no vote.


Hawley is only senator to vote against Finland, Sweden NATO membership

Sen. Josh Hawley (R-Mo.) was the only senator to vote against a resolution on Wednesday backing Finland's and Sweden's entry to NATO. The Senate approved the resolution in a 95-1 vote. One senator, Sen. Rand Paul (R-Ky.), voted present. The resolution backs Finland and Sweden joining NATO.

The United States Senate Wednesday officially approved efforts by Sweden and Finland to join the North Atlantic Treaty Organization, in a rebuke to Russia amid its war on Ukraine. The resolution passed 95-1 with Sen.