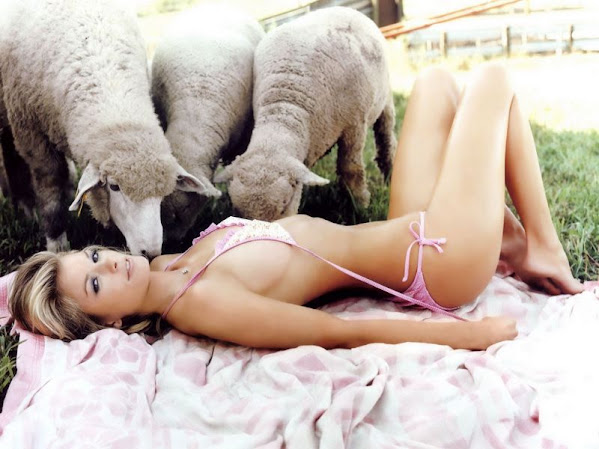 Like it or not, he'll need votes outside of low density rural areas.

However . . . Missouri right-wing suburban voters tend to identify with farmers even as locals work diligently to ignore that China is buying up a great deal of American farm land.

Meanwhile, we think hottie Marissa and her more honest appeal to sheep is more interesting.

Schmitt’s new ad, titled “Wrong for Farmers,” was released this week during the Missouri State Fair, the largest gathering of members of the agricultural community in the state.

The ad depicts a dark screen, in which a narrator criticizes Busch Valentine’s support of President Joe Biden, as well some of President Biden’s recent legislation regarding energy policy, the environment and inflation.

The ad ends with the narrator claiming that Trudy Busch Valentine and Joe Biden are wrong for farmers and the state of Missouri. Schmitt himself does not appear in the ad, with the exception of his message of approval at the very end.