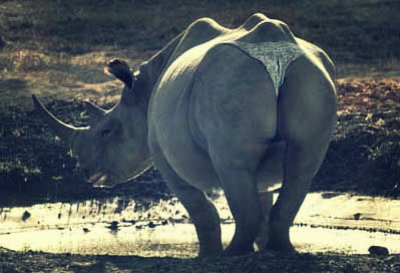 Credit to an old school denizen of Missouri politics . . .

EVEN AMID DIVISIVE TIMES DANFORTH FOUND A WAY TO REMAIN TOTALLY IRRELEVANT!!!

His pick won't be a factor in an upcoming contest against a Democratic Party newbie beer heiress and the middle-of-the-road front runner who voters will pick out of habit.

Former U.S. attorney John Wood last week delivered 22,000 signatures to the Missouri Secretary of State’s Office in support of his petition to join the ballot. The requirement is 10,000 signatures. He will likely be added to the ballot in the near future upon verification of the signatures.

“Showing viability is very important. As somebody who doesn’t have the infrastructure of one of the two major parties behind them, I recognize that I’m starting out with a disadvantage,” Wood said. “But I think the strength of my message, and the fact that resonates with most Missouri voters is what’s going to propel me forward.”

That message is a conservative one, but with an emphasis on governing and finding compromise in the mold of a traditional Republican in the U.S. Senate rather than the more Trumpian emphasis of going to the Capitol as a “fighter” who will “drain the swamp.” Wood said he believes his campaign will appeal to moderate voters, those who feel that both the Democratic and Republican parties are more focused on scoring political points than on governing.

John Wood got into the Missouri Senate race largely due to former Gov. Eric Greitens. After Greitens ran an ad where he carried a shotgun and said he was selling "RINO hunting permits" - an acronym that means "Republican in name only" - Wood left his job working on the HouseSelect Committee to Investigate the January 6th Attack on the U.S.