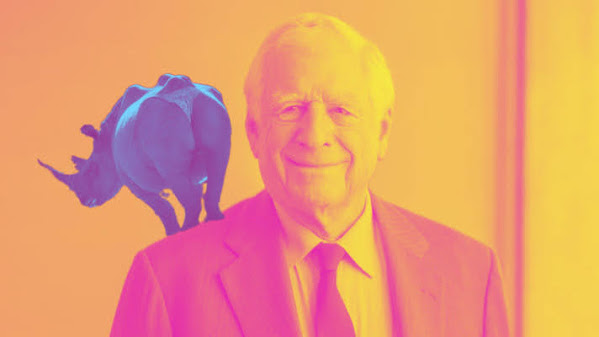 Former Missouri Sen. John Danforth seems to be working diligently to ruin his legacy as a moderate and Midwest statesman.

There's a million things he could be doing in his retirement . . .

- Warn Missouri conservatives that their kinfolk confront one of the worst drug epidemics the U.S. has ever witnessed that's still killing a lot of po'folk white people.

He's meddling in senate politics and pushing a dude barely connected to the Show-Me State.

Credit to Missouri conservatives for doing the background on this story. Here's their takeaway on a dude who will struggle to get 1% of the vote . . .

Wood, whose own Missouri Bar license says he lives in Virginia, is running in Missouri as an independent in November, without the backing of a party, after only registering to vote in the state June 18, just 10 days before he announced his candidacy, and renting an apartment near the Plaza. Nor is there any sign that Wood intends to sell the five-bedroom, seven-bath, 6,579-square-foot home worth $4 million to $5 million his family built in the Washington, D.C. suburb of McLean, Virginia just three years ago – for which they obtained a $600,000 loan from Truist Financial Corp as recently as 2020..

Heartlander: With just an apartment in KC but a multimillion-dollar home in Virginia, does Senate candidate John Wood even live in Missouri?