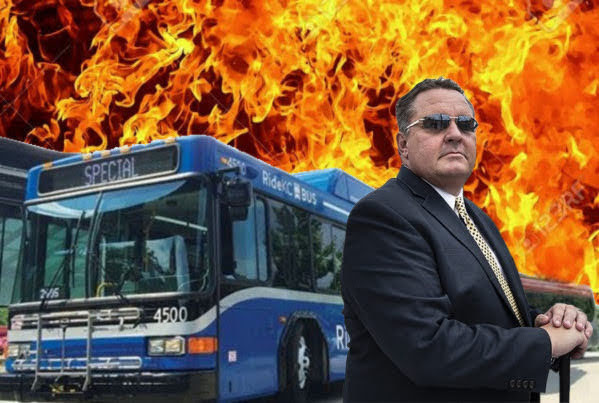 An important angle regarding this salary swan song for an official of a controversial institution . . .

Think about his VERY NICE PAYOUT whilst waiting for one of KC's constantly late and very dangerous modes of public transit.

"More than half of the total payout of $599,408, minus taxes, will be paid in October. The rest will be paid in 2023. Makinen’s resignation is effective Oct. 25. Until then, he will remain on paid leave, as he has been since the end of June, at his current rate of pay, which is $108 an hour, according to the separation agreement."

The non-elected governing board of the Kansas City Area Transportation Authority agreed to pay CEO and president Robbie Makinen $600,000 in exchange for his resignation last week. The amount represents two years' salary, health benefits and other compensation, according to the separation agreement that The Star obtained through an open records request.

KANSAS CITY, Mo. - The former CEO of the Kansas City Area Transportation Authority will receive $450,000 as part of a separation agreement agreed between the parties. Robbie Makinen, who was the head of the KCATA since 2016, resigned on July 27 .