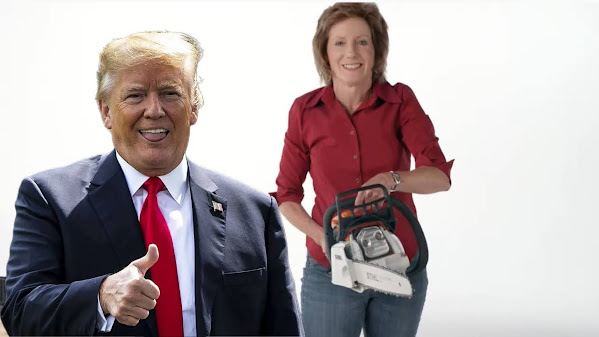 Last night the MAGA leader basically treated Republicans in Missouri like an bad joke but we found a bright side . . .

Whilst other contenders are desperately working to garner favor and mislead voters, this casual comment struck a cord:

In a statement reacting to the news, Hartzler said: “Congrats to Eric McElroy. He’s having a big night.” Hartzler was referring to a lesser-known 'Eric' who is also on the Republican U.S. Senate ballot.

Trump endorses 'ERIC' in Missouri Senate GOP primary. Both Greitens and Schmitt claim it's them

Hours before Missouri voters go to the polls, former President Donald Trump said he's endorsing "ERIC" in the Republican primary for U.S. Senate. Except there are two - Greitens and Schmitt - and they both say the endorsement is for them.

Former President Donald Trump announced on Monday that he is endorsing "ERIC" in the Missouri Republican Senate primary. The only problem is that two of the leading candidates to secure the nomination are named Eric. Rep.