City Council campaign season seems to be starting up early and insiders recently offered us a peek at some of the opposition research hitting Kansas City's least favorite member of council.

Here's a tidbit that deserves more than a bit of consideration . . .

INSIDERS RECENTLY STUMBLED UPON SOCIALISTS HOOKED UP WITH THE FIRST CAMPAIGN FOR COUNCIL DUDE BUNCH!!!

They tagged him via social media not so long ago . . . 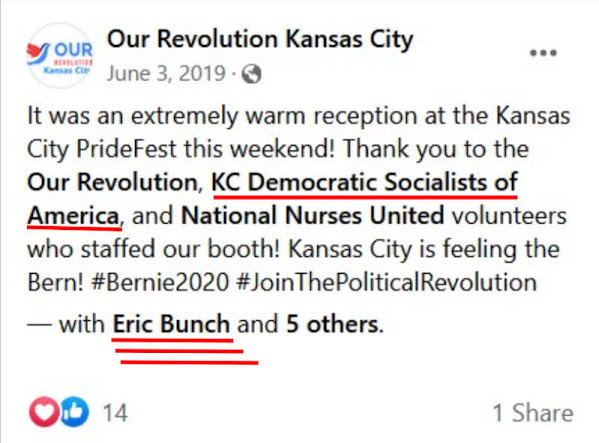 And here's a peek at the love fest with council dude Bunch's sign clearly marked . . . 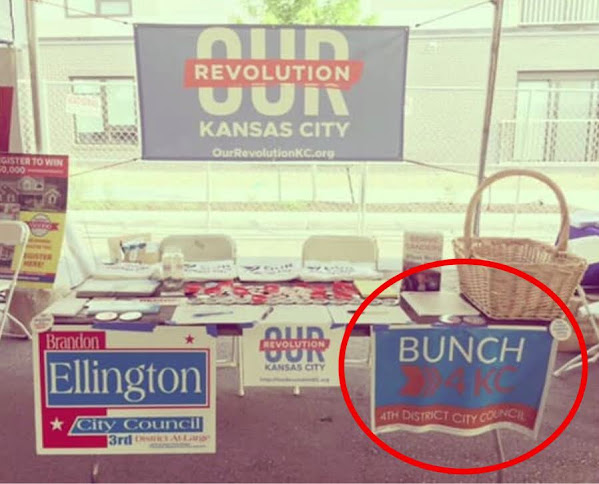 The "Our Revolution" group were progressive kinda socialist but more of a collection of "Bernie Bros & Broads" who wanted something than another inevitable defeat Hillary Clinton defeat.

The KC Democratic Socialists Of America . . . They were FUN!!!

From 2015 to around 2020 . . . The group engaged in some remarkable infighting, were closely associated with a few instances of entertaining petty vandalism and pretty much made life miserable for our Democratic Party friends. At one point . . . One of their fringe "affiliates" even brought a rusty, broken & empty rifle to a public protest in order to prove a point . . . About what I have NO IDEA.

This group had a flair for the theatrical and a willingness to engage in municipal politics. In Bunch they saw a nerdy suit who didn't have the courage to tell them to beat it.

This might not be as obvious as bike lane criticism . . . Or some other funny faux pas mistakes that the council dude has committed over the course of his career . . .

This socialist tidbit tells us that the campaign against council dude Bunch is powered by competent research into this fledgling career that seems to be hitting the skids.