It seems that not so long ago our progressive friends were actively protesting against anything and everything related to policing. 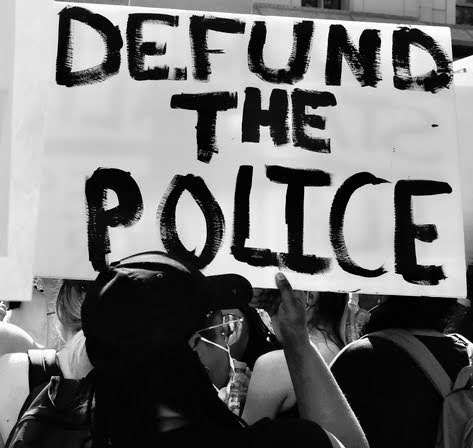 Just months ago we noticed more than a few activists touting questionable history contending that modern day police have evolved from slave patrols.

DEFUND SWITCHEROO: CELEBRATE NEWFOUND PROGRESSIVE LOVE FOR THE FBI AMID MAGA POLITICAL RANTING AGAINST THE FEDS!!!

This morning we noticed a local prog blog screed offering an important update on the new rules of the discourse . . .

After months of demanding law enforcement "defunding" and other crackdowns . . . Progressives discover solidarity with the feds and even the IRS.

Still, we share a peek at midterm election politics which relies on short-term memory loss from the electorate . . .

Some of these same senators are now engaged in what Sen. Chuck Grassley, R-Iowa. might call “anti-law enforcement rhetoric” after the FBI carried out a search of former President Trump’s Florida residence, Mar-a-Lago, apparently looking for classified documents. Sen. Ted Cruz, for example, tweeted repeatedly about the politicization, corruption and “weaponization” of the FBI.

U.S. Sen. Josh Hawley, the Missouri Republican who fist-pumped his support of the Jan. 6, 2021, Capitol rioters, tweeted that the FBI action was an  “unprecedented assault on democratic norms and the rule of law.”

I can’t imagine anyone was all that shocked when an armed Trumper showed up trying to attack an FBI office in Ohio and armed pro-Trump protesters demonstrated in front of the Phoenix office.

This may come as news to many Republicans: The Federal Bureau of Investigation is a law enforcement agency. So is the Internal Revenue Service. Most people already think of the FBI as an elite policing agency. But the IRS also investigates crime beyond tax evasion and fraud.

Republicans used the "defund the police" slogan after George Floyd's murder to paint the Democratic Party as radical. But since the FBI's search of Mar-a-Lago, a growing number of GOP candidates and lawmakers are rallying around their own calls to defund or abolish federal law enforcement agencies.


Trump's Site Is Being Weaponized Against the FBI -- and Their Families

Former President Donald Trump claims "will do whatever" he can to bring down "the temperature" following last week's FBI's raid of his Florida home and club, Mar-a-Lago. But even a glimpse of Truth Social - Trump's social media company - shows that the MAGA website has been a haven for private, doxxed information not only about authorities involved in the federal raid, but also of their families.

In the days since the FBI raided former President Donald Trump's Mar-a-Lago estate, many Trump supporters have pushed for the federal agency to be defunded. Black Lives Matter (BLM) has responded by insinuating such messaging is hypocritical given conservative backlash against calls made by progressive groups to defund the police.

TODAY KK OFFERS AND EPIC UPDATE ON THE SITCH FROM A CONSERVATIVE PERSPECTIVE . . .

The feds grabbed Trump's passports, attorney client privilege documents and picture books that could be against the law if they didn't specifically go in for them. We take a look at the 4th Amendment and our protections against tyranny... and I'll tell...


Trump raid shows that FBI, Justice Department want to decide who can be our president

The FBI raid of Trump's home on August 8, in concert with the Department of Justice (DOJ), marks a dark and seminal point in American history. There can be no undoing of that act.

An uptick in threats to the FBI after it executed a search warrant at former President Trump's Mar-a-Lago estate is unsettling the political right, with some calling on allies of the former president to tone down their rhetoric. Barriers have been erected outside the perimeter of the FBI headquarters in Washington, D.C., while the FBI...


Tucker: No honest person could believe the Trump raid was a legitimate act of law enforcement

We've had a few days to reflect on it and have concluded that no honest person could believe that the raid on Donald Trump's home last week was a legitimate act of law enforcement. It was not. Even the Biden administration didn't really bother to pretend otherwise.

Pro-Trump FBI Protest in D.C. Is a Flop

A pro-Trump protest in front of the FBI's Washington, D.C. headquarters flopped on Sunday with no one showing up at the event. After days of promotion within right-wing media, the far-right Falun Gong-backed Epoch Times reported Thursday that the event had been canceled, citing fears it might be co-opted.