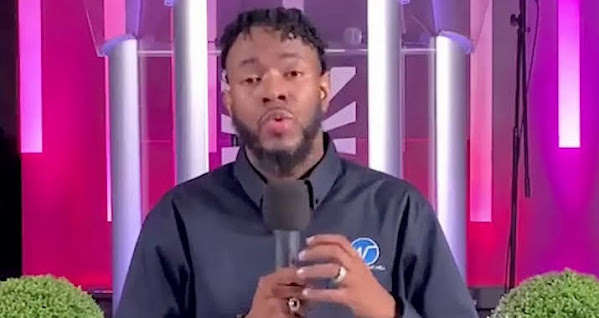 The story of a holy man chastising his flock over a pricey time piece made it around the world and back whilst most local newsies hoped to politely ignore the drama.

Meanwhile, our blog community and all of the fun loving locals reveled it the sketchy display.

Check out the best writing on the topic along with more links related to the embarrassment . . .

Pastor Carlton Funderburke of Church at the Well Kansas City was caught on a now-viral TikTok video delivering a sermon on Aug. 7, when he apparently caught the Roley Ghost and started chastizing working class people from the pulpit because they weren’t doing their part to put some glow on his wrist so he can stunt on these ho—ly parishioners . . . Whether it was a result of public shaming or the good pastor’s own conscience, Funderburke eventually came to glory on how loud, wrong and unholy he was being and he issued an apology to his congregation.

Funderburke said in the apology video clip that his behavior during the sermon “does not reflect my heart or my sentiment toward God’s people, yet, that’s not discernible in the clip.”

A Missouri pastor is apologizing after a video featuring his rant about being over his "busted and disgusted" congregation circulated on TikTok. The clip featured Carlton Funderburke, senior pastor at Kansas City's Church at The Well, telling churchgoers they were "cheap sons and daughters" for not honoring their pastor by buying him a Movado watch.


Missouri pastor says congregation is 'poor, broke, busted' for not buying him a luxury Movado watch

A Kansas City, Missouri, pastor who said his congregation was "poor, broke busted and disgusted" for not buying him the luxury watch he wanted has issued an apology after his remarks caused a stir on social media. Carlton Funderburke, the senior pastor at Church at the Well, issued an apology video Tuesday for the "inexcusable" remarks he made in an Aug.

In today's episode of What Would Jesus Do...For A Mavado? a Kansas City, Missouri, pastor has apologized to his congregation for calling them "poor, broke, busted, and disgusted" all because they didn't pool their hard-earned money together to buy him a high-end watch.

A Missouri pastor has apologized after a viral video during a sermon earlier this month showed him scolding his congregation, telling them that they were poor and cheap for not buying him a luxury watch.