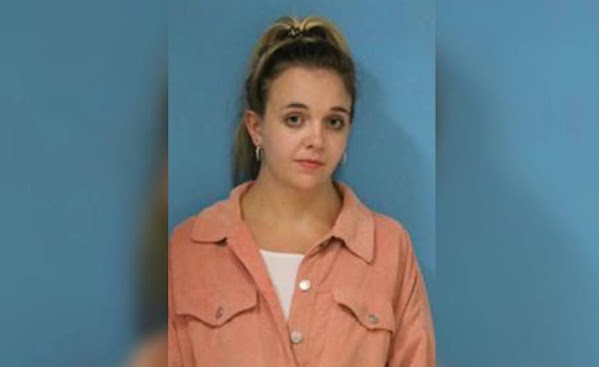 Right now we share tragic deets from an investigation that took place over the past 24 hours and finishes with a soul crushing conclusion.

Here's the info that we clipped from MSM reporting and police dox . . .

The crash investigation showed that THE VICTIM was seated on the curb in the parking lot of the hotel and was struck by SUSPECT'S vehicle and was pushed/pinned into the wall of the building, sustaining severe injuries. After impact, SUSPECT backed her vehicle up about 23 feet from the building, according to court documents.

While interviewing SUSPECT, an officer could smell "an odor of intoxicants" on her breath and began an investigation for driving while intoxicated.

The officer asked SUSPECT if she had anything to drink and stated he could smell alcohol on her. She said she had a couple of glasses of Sangria while having dinner with her dad. Court documents state her speech was slurred when she spoke. The officer asked her to perform field sobriety tests in which she agreed to do so.

While walking to the area where the field sobriety tests were going to be administered, SUSPECT spontaneously stated "well I'm not going to pass the breathalyzer but..."

She was arrested after the PBT test showed she had a blood alcohol content of .203. Once in custody, she said "I told you it was going to be over the legal limit" and then laughed.

Read more via www.TonysKansasCity.com links to the entire ordeal . . .

For Immediate ReleaseAug. 25, 2022 A 23-year-old Lee's Summit, MO, woman has been charged in the death of a woman who was sitting on curb at a Lee's Summit hotel parking lot on Wednesday, Jackson County Prosecutor Jean Peters Baker announced today. Camden E.

LEE'S SUMMIT, Mo. - A 23-year-old Lee's Summit, Missouri woman has been charged in the death of another woman who was sitting on a curb outside a hotel parking lot Wednesday night. Jackson County prosecutors have charged Camden E. Hager with driving while intoxicated, resulting in death.

LEE'S SUMMIT, Mo. - Police have identified a woman who was struck and killed Wednesday night while walking on a sidewalk in Lee's Summit. The incident occurred around 7:15 p.m. on Wednesday in the 1300 block of NE Windsor Drive.

A 23-year-old Lee's Summit, Missouri, woman has been charged in the death of a 21-year-old who was sitting on a curb,The incident occurred Wednesday, Aug.

LEE'S SUMMIT, Mo. - Lee's Summit, Missouri police are investigating after a woman was struck and killed by the driver of a vehicle outside a hotel Wednesday night. Officers responded to the scene around 7:15 p.m. at the Fairfield Inn off NE Windsor Drive and NE Deerbrook Street for a vehicle crash involving a pedestrian.