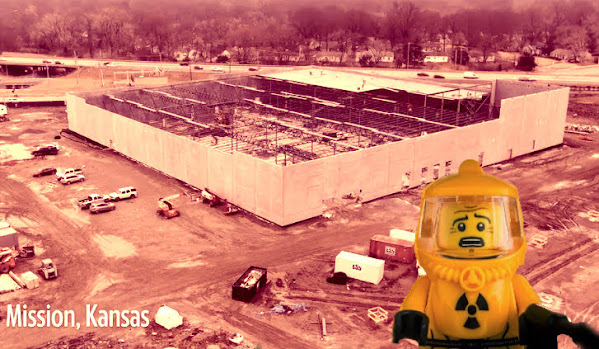 Check more deets on this cursed development which provides assurance that our hapless Golden Ghetto leaders are equally incapable of imagining the future.

Here's a glimpse of the progress or lack thereof . . .

Recently, the Planning Commission gave unanimous approval for the developers' tax increment financing plan. The remainder of August and early September will be filled with procedural steps. The City Council will vote on the TIF plan on Sept. 28.

In March 2020, the developers said they would pause work for 30 days in response to Covid-related safety concerns. However, city officials announced that June that developers Cameron Group LLC and GFI Development Co. would not resume work that summer because of the pandemic's effects on the municipal bond market and private mezzanine financing.

Mission Gateway is making steady progress, at a pace city officials and the developers believe is right on track - at least for the time being. The project sits along Shawnee Mission Parkway, near Roe Avenue and Johnson Drive, where very little has come out of the ground since the early years of the project, announced 16 years ago.