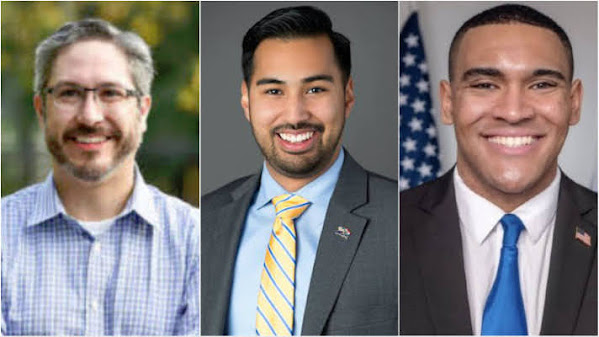 Special thanks to TRUSTED KANSAS CITY INSIDERS for giving us the early news on this significant Kansas City election contest that might have implications for the metro.

Former KCPS Board member Manny Abarca has pulled ahead and wins the vote for Jackson County's 1st District spot on the Legislature.

A quick insight into the numbers . . .

Justice Horn placed 2nd and his numbers are respectable, if not surprisingly good, for his rookie campaign effort.

Longtime Democratic Party leader Geoff Gerling finished a distant 3rd and it turns out his anger over courthouse redistricting was justified given that he quickly moved from a favorite to an underdog with a few strokes of a pen. Real talk . . . Jackson County Democrats sacrificed him first in order to keep Freedom Inc. (the strongest Democratic Party voting bloc in the metro) happy.